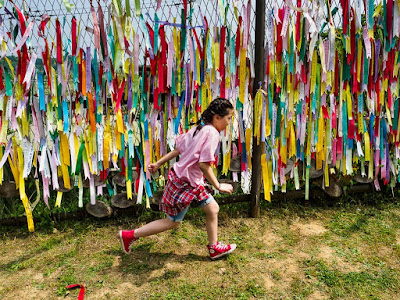 A South Korean student runs past prayer ribbons hung on a fence in Imjingak, near the Korean DMZ.

The Korean War might be the "Forgotten War" in the US, but it's not forgotten on the Korean Peninsula. There are monuments to the war dead in many South Korean cities. There's a huge monument and museum dedicated to the war in central Seoul. Millions of Koreans, on both sides of the DMZ, died. More than 33,000 Americans died. Thousands of Allied soldiers, fighting under the banner of the UN, also died. 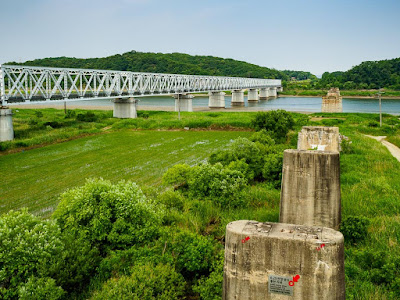 Looking north from Imjingak, the bridge on the right was destroyed during the war. The bridge on the left is to carry commercial traffic between the north and south after relations are normalized.

It's worth remembering that the war never officially ended. The two sides, South Korea, the US and the UN signed a cease fire agreement with the North Korea, the People's Republic of China and the USSR (although the USSR was not an official combatant, it had hundreds of military personnel aiding the North, mostly in the form of air crews). The cease fire agreement is still what keeps the two sides apart. From time to time one side or the other will take some provocative action that threatens the status quo (for example, the North sunk a South Korean patrol boat in 2002). Not to mention North Korea's drive for nuclear weapons and long range weapons. And the North considers joint US-South Korean military exercises provocative. 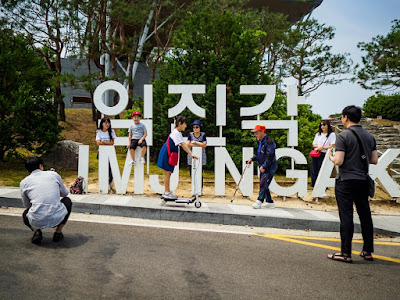 The entrance to Imjingak. It's a huge park and memorial within view of the DMZ and North Korea. South Koreans go there to relax and consider their history. Tourists go to get a glimpse of the North. 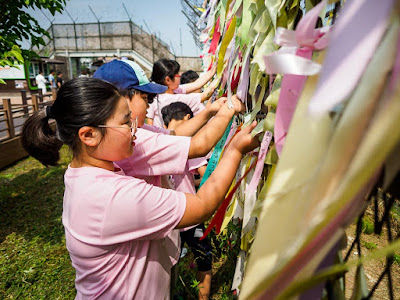 South Korean school children hang prayer ribbons on a fence near the DMZ. 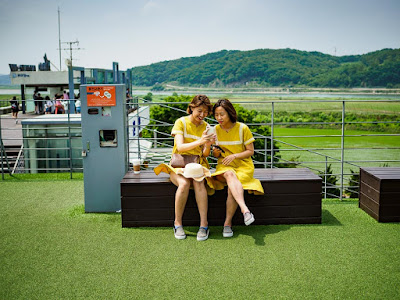 Women look at their smart phone from a scenic overlook. North Korea is behind them. 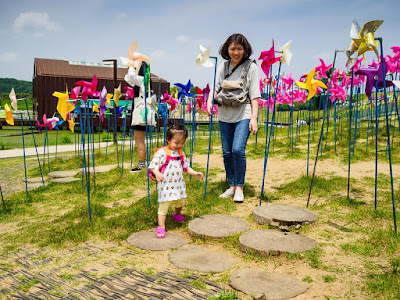 A woman and her daughter walk through a park in Imjingak.

There are memorials to the war scattered through the park. Altars for the veneration of ancestors and families separated by the war. Cafes in the park. An amusement park with rides. A food court. A Popeye's chicken restaurant. It's easy to spend a day wandering in the park.

There are more photos from Imjingak in my archive or available from ZUMA Press.

Finally, most of the photos in my archive are available for editorial use or self fulfillment as prints. If you see something you'd like to use or just hang on the wall, click on the "Add to Cart" button and follow the onscreen prompts.
Posted by Jack at 06:00