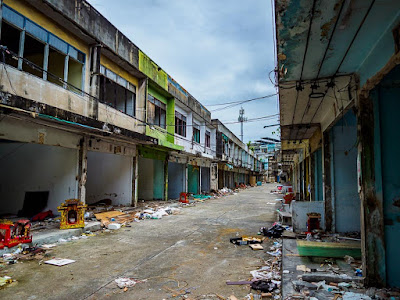 Soi 27 off of Sathu Pradit in Bangkok. These shophouses used to be home to a community of middle class families and their businesses.

It's not just working class and the urban poor who are being uprooted in Bangkok's never ending drive to change itself. I've worked a lot in poor communities that have been disrupted, but that doesn't mean the issue doesn't touch others. Indeed, it impacts almost everyone in the city.

Last week I was exploring and I ended up on Sathu Pradit, a street that in many ways reflects Bangkok itself. It's lined with expensive European style restaurants, Thai street food stalls, musical instrument shops, mom and pop shops that sell almost anything you would need, ubiquitous 7-11s, and bars. It's a very eclectic neighborhood. 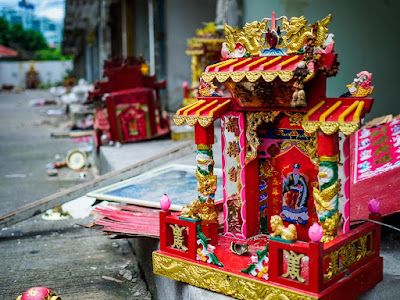 Chinese shrines in front of the empty homes.

One of the sois (small streets) off Sathu Pradit, Soi 27, was abandoned. All of the shophouses lining the street were empty and trash was strewn everywhere. The people who lived here were all gone - a developer has decided to build a condo tower on the site. This had been a street of middle class businesspeople and entrepreneurs. 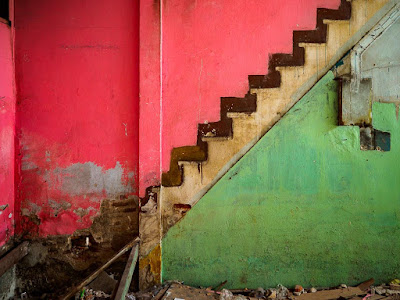 A wall in an empty shophouse, the outline of the stairs to the second floor still visible.

I wandered around the empty homes for a couple of hours. The homes were empty and abandoned but evidence of previous life was everywhere and it was kind of spooky. 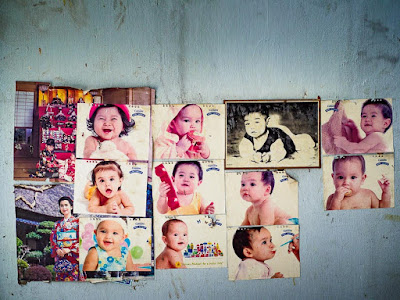 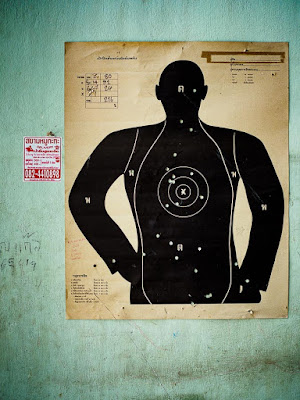 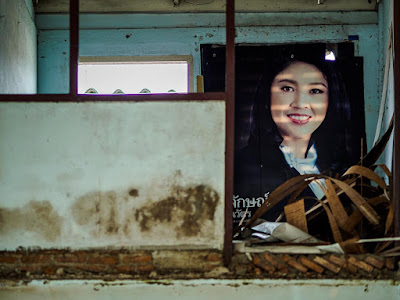 Signs of life left behind, from top: photos of babies clipped from a magazine, a shot up silhouette target and an old campaign poster of Yingluck Shinawatra, the former Prime Minister of Thailand.

This, in many ways, is the story of Bangkok today. It's a city that is always going through a process of creation and recreation. 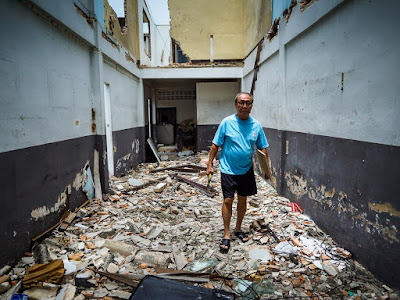 The only other person I saw on Soi 27 Sathu Pradit. He was picking up the last of his personal belongings in what had been his family home.
Posted by Jack at 06:34