A Parade in Samut Sakhon 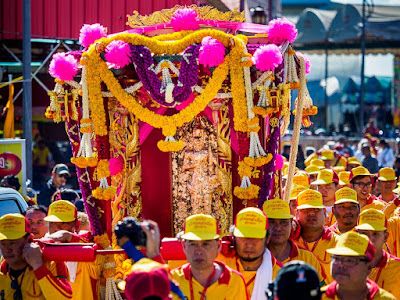 Men carrying the deity honoring Samut Sakhon through the city streets at the beginning of the parade during the City Pillar Shrine festival in the coastal community.

City Pillar Shrines are common in Thailand. They are shrines that, tradition holds, protects the city. There are festivals to honor the City Pillar Shrine in most of the towns that have one and one of the best festivals is in Samut Sakhon, about 30 miles south of Bangkok.

The deity honoring the City Pillar is paraded through the streets by attendants who carry it, sedan chair style, and then sailed up and down the Tha Chin River on fishing trawlers who make Samut Sakhon their home port. (Samut Sakhon is an important fishing port.) People pray as the deity is paraded through the town.

The river divides the town in half, so after the shrine is sailed up and down the river, it's carried through the other side of the town. 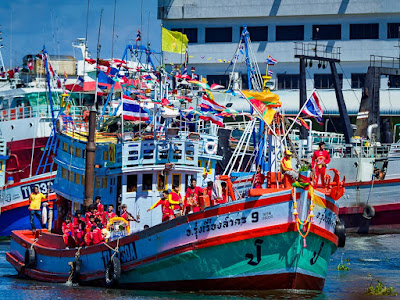 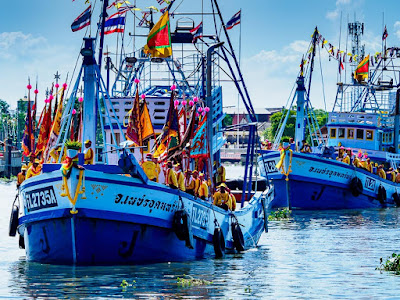 Parade participants on fishing trawlers in the river.

The trawlers, 7 or 8 trawlers participate in the parade along the river, bring the celebrants to shore for the continuation of the festival. 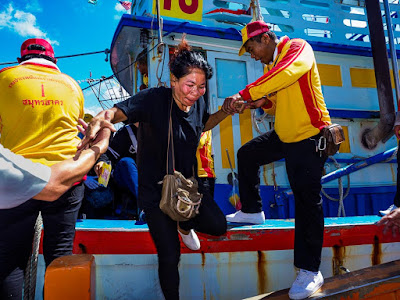 Volunteers help a devotee disembark from one of the trawlers. 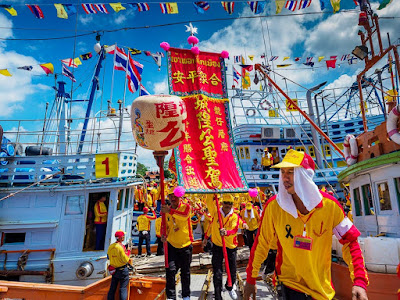 Men who lead the parade get off a trawler. 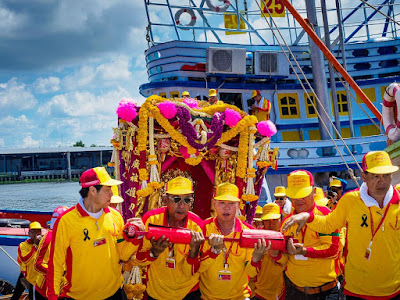 The deity is carried to shore.

Thousands of people line the city's streets during the parade, many kneeling and holding incensing, in prayer as the parade passes them. 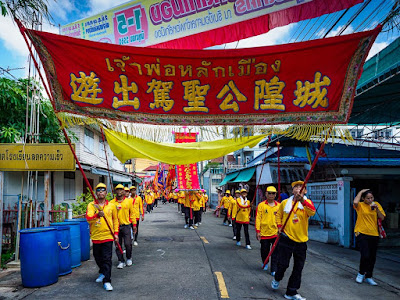 The parade goes through town... 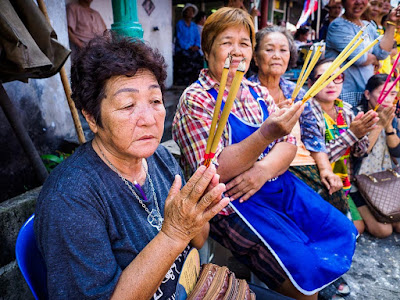 And people with incense pray as it passes them.

I've photographed in Samut Sakhon a lot. There's frequent and inexpensive train service to the town, so it's easy to get to and, I used to go there a lot to work on stories about the salt fields just outside of town, the fishing industry, and Burmese migration.

The City Pillar Shrine festival though is one the most enjoyable things to photograph in the community. The dates (the festival last for four days) change year to year, but it's always in June. Usually early in the month. 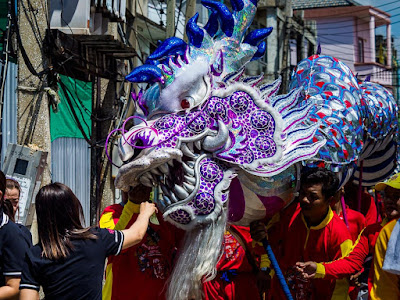 There are more photos from the parade in my archive.