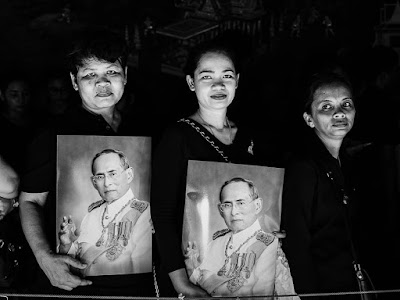 Mourners wait to pay their respects to His Majesty Bhumibol Adulyadej, the Late King of Thailand, at Wat Phra Kaew. Made with my Pen F, 25mm f1.8 lens (50mm equivalent in full frame terms), ISO 200, f1.8 @ 1/80th. Exposure compensation set to -1 stop because I wanted to keep deep blacks.

I bought an Olympus Pen F when I was in Singapore last year and reviewed it here in February. It's been my principal camera for most assignments since then. One of the things I mentioned in the review was the lovely black and white JPEGs this camera makes. 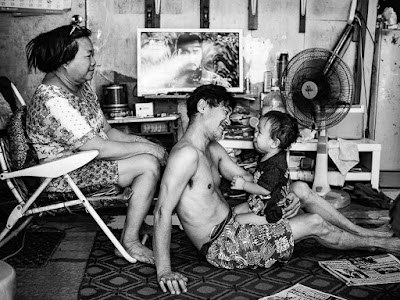 I've made more black and white frames in the last two months than I have since converting to all digital more than 15 years ago. Black and white in the digital era is not new. Leica even makes an absurdly expensive Monochrome only rangefinder (though describing any Leica product as "absurdly expensive" is redundant). A quick glance at almost any contest entries will show you that black and white photography is thriving. The thing is though, most of those photos are color photos processed in Lightroom (or Affinity Photo or any other program) and exported in black and white. 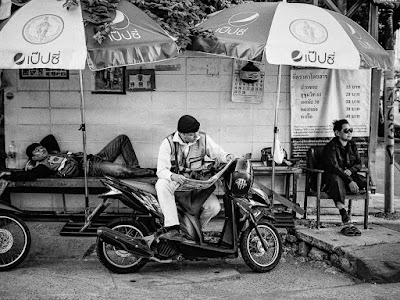 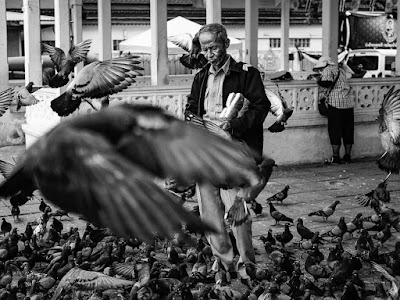 I started with Olympus' basic black and white settings, which had a lot of contrast and a lot of grain, and went from there. I thought the Olympus default files looked like Tri-X pushed to 3200, so I dialed the contrast down a little and the grain down a lot (the default on the grain is High).

I tried working with grain turned off, but I didn't like that - pictures were too clean (kind of like the BW files from the Canon 5D Mark III bodies I no longer have). I ultimately settled on Low. High was way too grainy for my taste and Medium was bordeline. The Low setting gave me a little of the texture of grain without overpowering the photo. 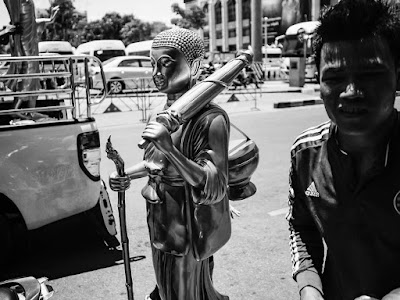 I really like the look I am getting from these JPEGs. I always photograph in RAW+JPEG with my Olympus cameras. Before the Pen F, my JPEG setting was full resolution at "normal" compression and I used the JPEGs to feed my Instagram account, but I didn't archive them. I'm so happy with the Pen F black and white JPEGs that I save them at full resolution and "Super Fine" compression (highest quality, lowest compression), I archive them in my Lightroom catalog and I've started putting them into my online archive. 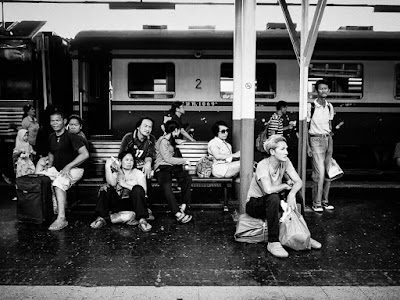 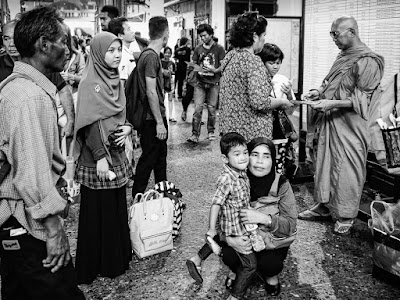 I still need the color files though because most publishers and photography users prefer color. That's where working in RAW+JPEG comes in. I have the really nice JPEG files for personal use and I have the color raw files for my archive and sales. The raw files I process normally in Lightroom.

It's the best of both worlds in one camera body. Back in the day, when I was working with film, I always had one body (or more, depending on the assignment) with color slide film and one body (or more) with black and white film (actually, in my case it was Ilford's HP5+, not Tri-X). Now both come out of the little Pen F.
Posted by Jack at 22:14