or at least new to me. 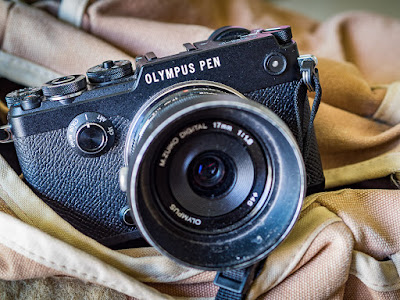 We went to Singapore for the holidays and I came back to Bangkok with a new camera. The Pen F has been out for almost a year, but it's expensive in the US and very expensive in Thailand. For some reason, and quite unexpectedly, it's much cheaper in Singapore. I walked into Cathay Camera in Peninsula Plaza to see what they had and walked out with a Pen F. It was about $400 (US) cheaper than it would have been in Thailand and $200 (US) cheaper than it would have been in the US. 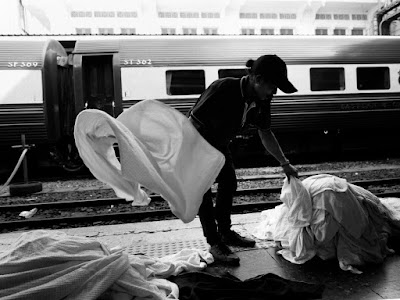 This is sort of a non-technical review of the Pen F. The conclusion: I've had it for about six weeks and I like it. A lot.

The big headline when this camera came out was the stunning retro styling. It's named after and borrows a lot in the looks department from the original Olympus Pen F, a legendary SLR film camera of the mid 1960s. The style of the new digital Pen F is often compared to Leica screw mount cameras of the 1930s, but to me it evokes the original Pen F, which was a uniquely designed SLR.

The technical headline of the digital Pen F is the 20mp sensor, a first for Olympus, which before this maxed out at 16mp. The new sensor gives you a little more room for cropping and making bigger prints. 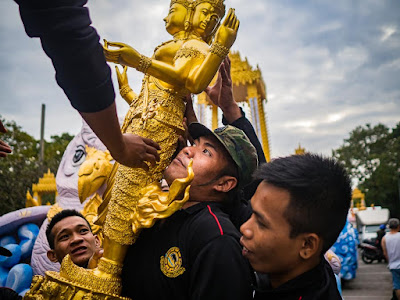 In most ways, the Pen F experience is similar to the E-M5 Mark II. Menus are similar, batteries are the same. Single shot autofocus is fast and reliable. High ISO (above 1600) is incrementally better. If you've used Olympus Micro 4:3 cameras, it will be easy to pick up a Pen F and start working with it, which is a good thing because like so many camera makers these days, Olympus does not include a printed manual in the box, although it does come with a printed "quick start guide" that will get you started.

If you're new to the Olympus system, you want to sit down at the computer with a pdf of the manual and read it while you work with your new camera. Like other Olympus cameras, almost every button is customizable and the menu system is very deep. It's easy to get lost in there without some guidance. 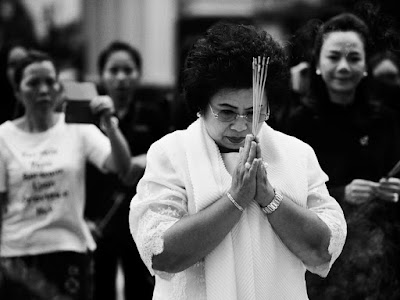 The big Pen F feature that seems to be the most controversial is the preset dial on the front. Mono/Color/Art/CRT. It's not customizable, which some folks don't like. It's there so you can instantly dial in your custom looks. I was skeptical at first but now I'm a fan.

I have Monochrome (B&W) set up for my "Tri-X" simulation. I found the out of the box settings a little harsh. Too grainy and contrasty for my taste. The monochrome grain is not real grain, it's a computer simulation of what they think grain should look like. I don't know who processed Olympus' Tri-X back in the day, but they really cooked the film. I dialed the grain setting back to "medium" from "well done."

Then I went into the color setting and created an Ektachrome VS preset. Basically I increased the saturation and contrast in the settings. The settings are easy to adjust, but getting them to can be challenge. Now I've remembered where they are, but it took a couple of trips to get to them to remember the most direct route.

I never used the ART or CRT settings in my E-M5 Mark II or E-P5 bodies and I don't expect to use them on the Pen F. 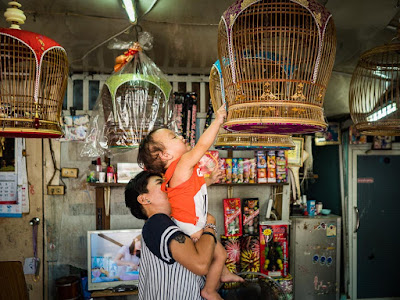 Battery life on the Pen F is in the same ballpark as the E-M5 Mark II. Not great by dSLR standards but I've gotten used to it (mostly by buying a bunch of extra batteries). Short battery life is a problem/issue/challenge shared by most mirrorless cameras. 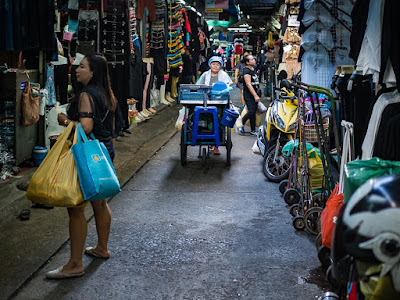 Image quality from the Pen F is excellent. I process the raw files in Lightroom. The camera doesn't have a low pass filter, so images are very sharp coming out of the camera. There's a lot of flexibility in the files, it's easy to recover highlights, although it's easy to get noise if you push shadows to open them up too much. The quality issues with the Pen F are shared by all of Micro 4:3 cameras. Specifically, you can't push the high ISO to the astronomical levels you can with full frame Canon and Nikon cameras.

Olympus' outstanding image stabilization mitigates some of the high ISO issues. I get about 4-5 stops of stabilization out of the Pen F. Which means I can handhold the 75mm lens, for example, at 1/8 of second. I've gotten down to 2 seconds handheld with the 12mm f2. This lets me use much lower ISOs than I could have with a Canon or Nikon body. 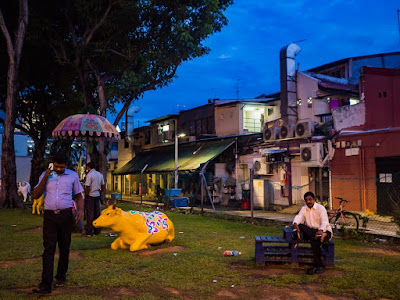 Like the high ISO, continuous autofocus is not something I use very often. I don't shoot sports anymore and I haven't needed the C-AF on the E-M5 Mark II. But it's an important feature for a lot of photographers, almost all professional photographers. I occasionally used C-AF with my Canon cameras and I liked knowing it was there. I hope Olympus fixes the C-AF mojo for its second tier cameras.

The single shot autofocus on the Pen F, like the E-M5 Mark II, is very fast and very reliable. It's nearly instant really and, I think, rivals the mid-range dSLR cameras, like the Canon 5D Mark III. 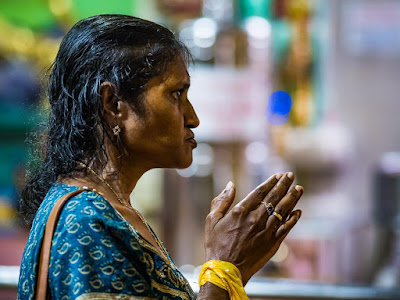 The Pen F is an excellent camera that looks good. Its foibles are the same foibles shared by other Olympus cameras: a very deep and somewhat confusing menu system, limited high ISO usability and a crippled C-AF function.

If you're a working professional photographer who relies on sports and available darkness, the Pen F might be a frustrating choice.

If you're a travel photographer, a documentary photographer or a photojournalist who doesn't do much sports work, the Pen F is a great little camera and a good addition to your kit. It's small, lighweight, image quality is excellent and the lens lineup is the best in the mirrorless world. 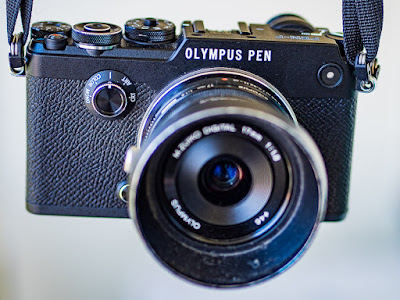 Finally, most of the photos in my archive are available for editorial use or self fulfillment as prints. If you see something you'd like to use or just hang on the wall, click on the "Add to Cart" button and follow the onscreen prompts.
Posted by Jack at 22:06