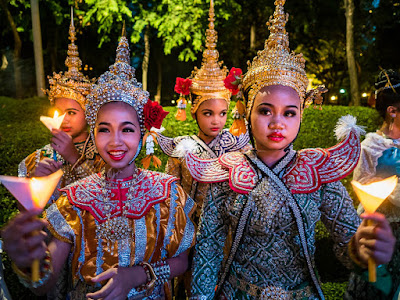 Thai students in traditional outfits participate in a candlighting ceremony for Her Majesty.

August 12 is the birthday of Queen Sirikit. It's also celebrated as Mother's Day in Thailand. There are merit making ceremonies, historic pageants and candle lighting ceremonies to honor the Queen throughout Thailand. 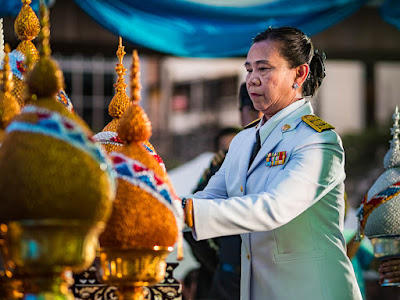 A local government official makes an offering at a ceremony honoring the Queen in Benchasiri Park, near Emporium, one of Bangkok's most upscale shopping malls.

Tens of thousands of people throughout Thailand participate in the ceremonies. The Royal Family is revered by the overwhelming majority of Thais and the birthdays of the Queen and King are very important holidays. 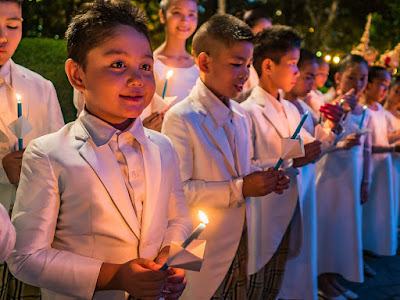 A children's choir waits to perform at the ceremony. 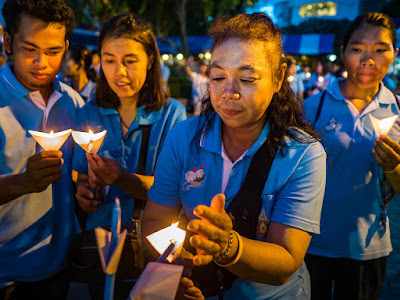 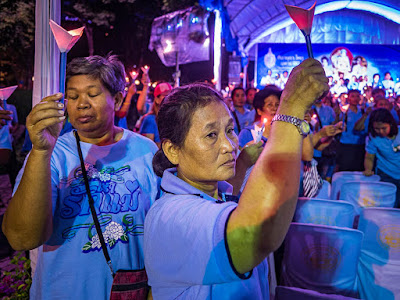 Women hold their candles aloft towards the end of the ceremony.

There are more photos of the Queen's Birthday in my archive.