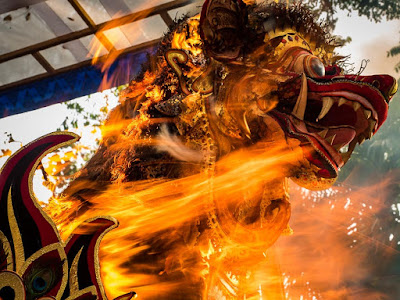 A sarcophagus burns during the mass cremation in Ubud. 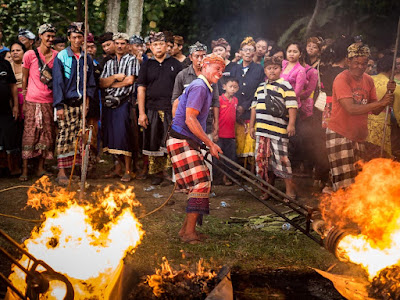 The remains are cremated on Wednesday afternoon. The remains were wrapped and then burned while family members and others gathered round and watched. 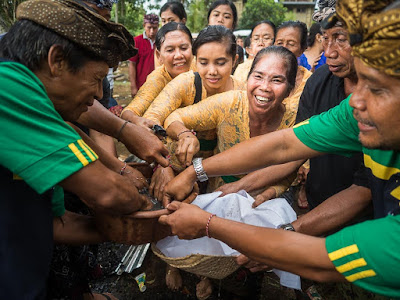 When the remains cooled people went through them to pull out bone fragments. The ashes were wrapped and blessed.

The burning of the remains Wednesday was done without much apparent fanfare. People gathered around the cremation site to watch while men worked large burners connected to gas tanks. When the remains were burned, the ashes were gathered, wrapped and put into small litters. People then gathered in a plaza in front of the local temple for a prayer service. 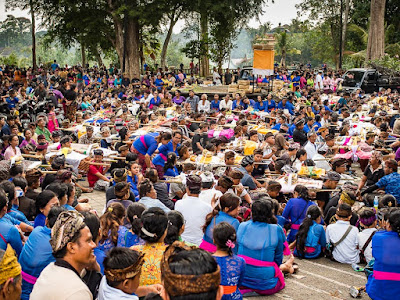 Prayers in the plaza in front of the local temple.

After the prayers, the remains were taken a local river and sent down the river to the sea. 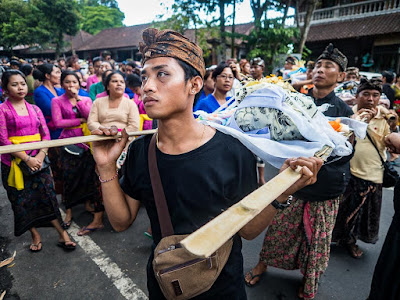 The procession to the river. 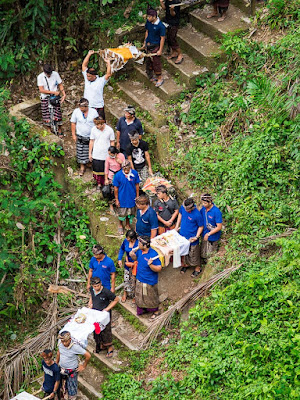 And carrying the remains to the river. This was less than a kilometer from the cremation site.

The burning of the remains was Wednesday afternoon. On Thursday and Friday people prepared the cremation site for Saturday's main ceremony. Thursday I photographed socializing at the site and blessing the effigies that were burned Saturday. 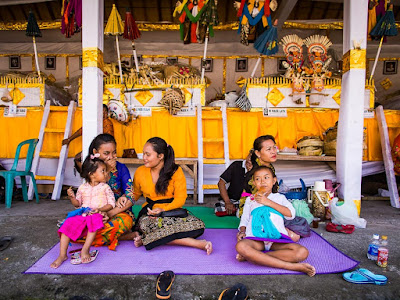 Family members gathered on the plaza near the cremation site. The effigies of the people to be cremated were arrayed behind them. This was a time for prayer and reminiscing but it was also very social. Visitors went from family to family chatting. 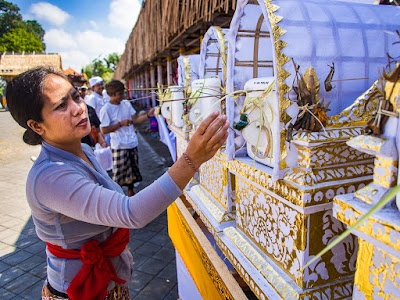 Blessing and praying at the effigies.

I didn't spend much time at the cremation site Friday. I went there early in the morning but I didn't photograph much because I spent most of Friday at the mass cremation outside of Ubud.

Saturday was the main event. The day started with Hindu prayers, led by a Brahmin High Priest, at the sarcophagusses in downtown Ubud. Following the prayers teams of men, mostly young men, carried the giant sarcophagusses up to the cremation site. 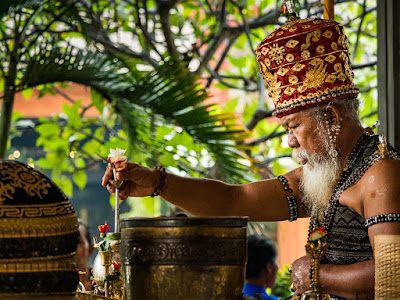 A Brahmin priest leads the prayer service at the sarcophagusses. 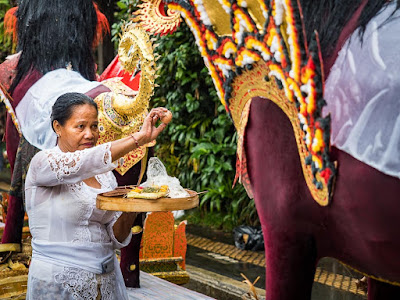 A woman prays at one of the sarcophagus. 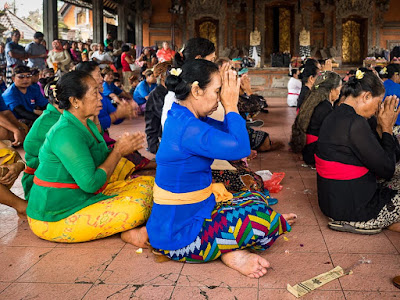 People pray in a pavilion downtown. 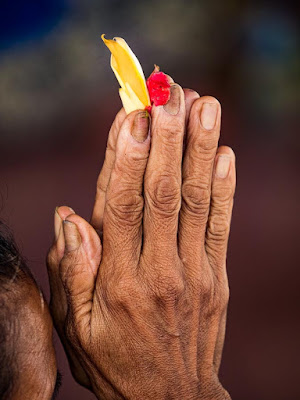 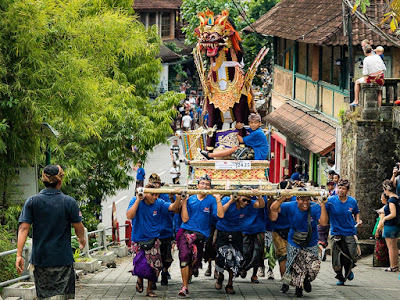 Running up to the cremation site with a sarcophagus. There were dozens of these elaborate sarcophagusses and although there were a couple of close calls, none of them were dropped and none of the boys riding on them fell off. 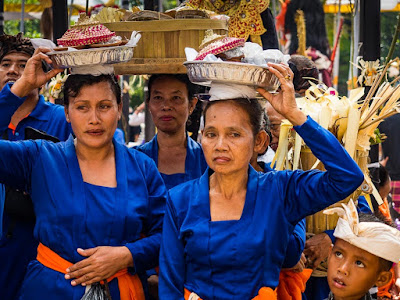 Women carry offerings to a sarcophagus... 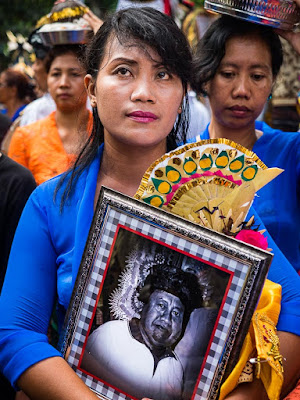 ...A woman holds a portrait of a loved one. 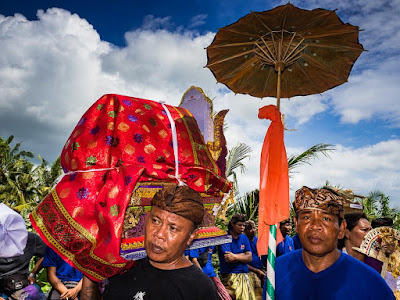 Men carry an effigy to a sarcophagus.

I think this is because the cremation Friday was done in a relatively open space with no nearby structures while the cremation in Ubud was done under a dense forest canopy and very close to several homes (including our hotel, which was literally next to the cremation site).
Mass Cremation Ceremony in Ubud - Images by Jack Kurtz

Bali is famous for the mass cremations, which have become popular tourist attractions. The Balinese handle the tourist influx with great patience and dignity. If you're interested in going to one, there will be several more cremations in villages across Bali during the rest of July and August but the cremation season will end by September. (But I don't have any specific information on when or where the cremations will be held.)

There are more photos of Balinese cremations in my archive or available from ZUMA Press.