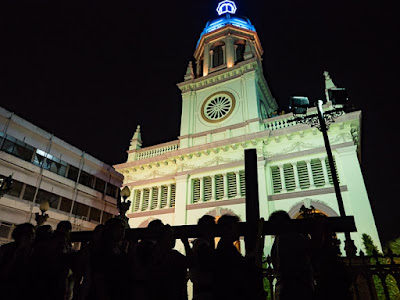 Bangkok is not a Catholic city but it is a city of diversity and tolerance. Most people in Bangkok are Buddhists but there are thriving Muslim, Catholic, Hindu and Jewish communities here (although most members of the Jewish community are expats). 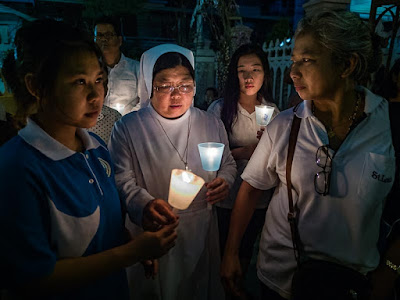 A nun and parishioners participate in a candlelight vigil during Good Friday observances at Santa Cruz.

Thailand's Catholic communities are originally Portuguese, French or Vietnamese. The Portuguese came in the 1600 and 1700s as traders and adventurers and allied themselves with the Siamese kings of the time. The French came during their colonial expansion into Indochina. Siam was never a French colony but French friars were common in Siam. Vietnamese Catholics came during the French colonial period and the wars in Vietnam (first the French war, then the American war).

One of the oldest Catholic communities in Bangkok is in Kudicheen, around Santa Cruz church. The church was established in the 1700s by Portuguese mercenaries allied with King Taksin the Great, who liberated and reunited Siam after the invasion by Burmese forces. The Portuguese fought side by side with Siamese in Ayutthaya before it was sacked by the Burmese and then fought with King Taksin. He rewarded them with a land grant for their church. 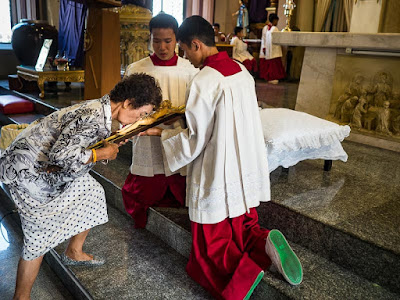 A woman kisses a statue of Jesus during Good Friday observances. 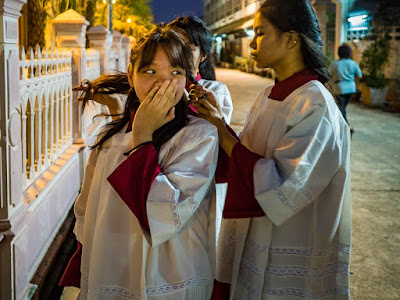 Altar attendants wait for the evening service to start.

I've worked a lot in the neighborhoods around Santa Cruz. It's one of my favorite parts of town. It's relatively compact, so it's easy to explore on foot, and there's a great mix of people. There are self contained Buddhist, Catholic, and Muslim communities within shouting distance of each other. They're all neighbors and they respect each others' traditions. 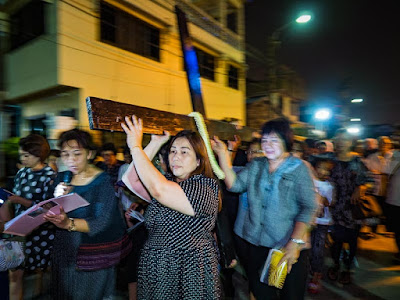 The Good Friday procession around the church. 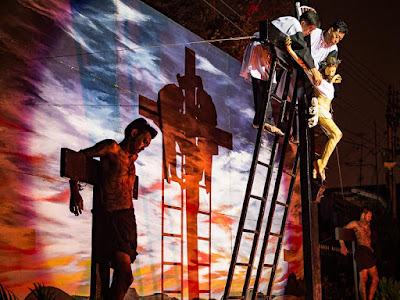 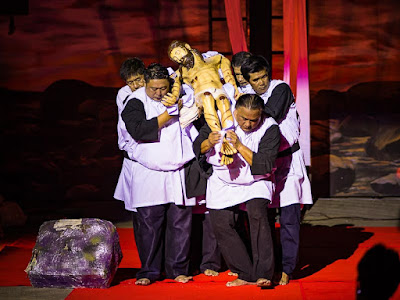 There are more photos from Good Friday in Santa Cruz in my archive or available from ZUMA Press.
Good Friday in Kudicheen - Images by Jack Kurtz
Finally, most of the photos in my archive are available for editorial use or self fulfillment as prints. If you see something you'd like to use or just hang on the wall, click on the "Add to Cart" button and follow the onscreen prompts.
Posted by Jack at 22:43