Think About the Children 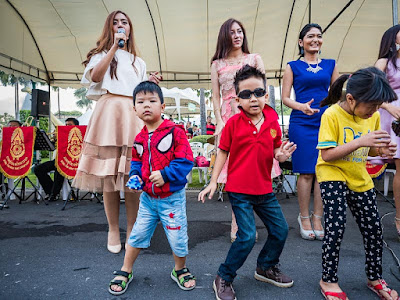 Children show off their dance moves during a Children's Day party at Government House in Bangkok. 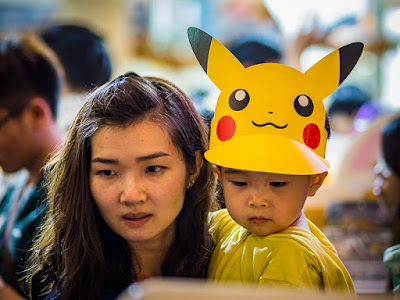 The last couple of years I've gone to Government House (the office of the prime minister) and the 2nd  Cavalry Division Army Camp to photograph the day. The Prime Minister opens the Government House soiree with a ribbon cutting then spends some time with the kids. And at the 2nd Division, one of the Thai army's elite units, the kids get a chance to play with the latest assault rifles and machine guns and climb on tanks and helicopters. 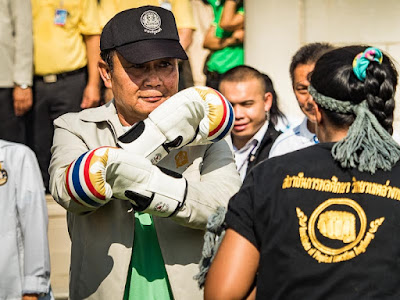 The Prime Minister, who has been accused of having a quick temper, used this year's Children's Day to soften his image. He flew a Thai style kite, sparred with students after a martial arts demonstration and showed off his office. It was not that different from the way politicians everywhere interact with kids. 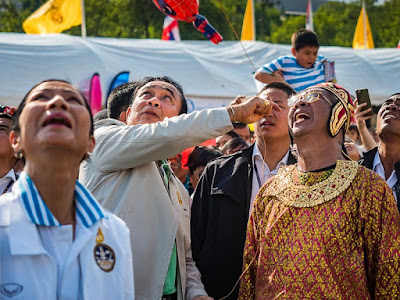 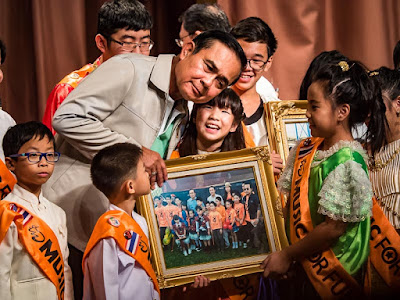 And accepts a gift from children after making a speech.

Over at the army base, children stood in line to handle the Thai army's latest assault rifles and machines guns and climb around on tanks and helicopters. Thai special forces soldiers posed for photos with children and adults. 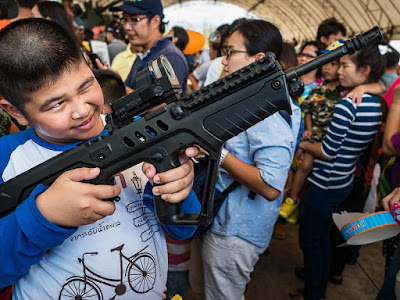 A child handles a Tavor, an Israeli designed rifle. Thailand is replacing its M16A1 rifles with Tavors. 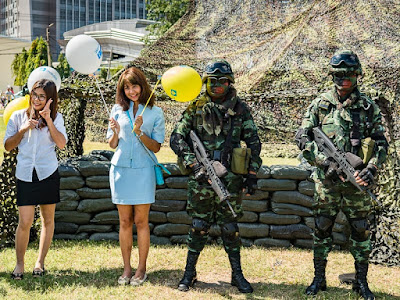 There are more photos from Children's Day in my archive or available from ZUMA Press.
Children's Day 2016 - Images by Jack Kurtz
Finally, most of the photos in my archive are available for editorial use or self fulfillment as prints. If you see something you'd like to use or just hang on the wall, click on the "Add to Cart" button and follow the onscreen prompts.
Posted by Jack at 02:06