A Temple in Chachoengsao 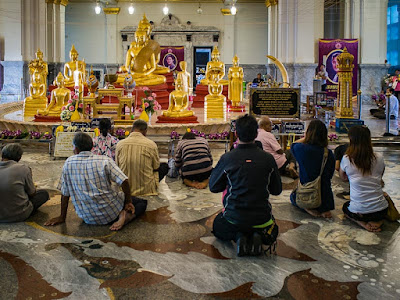 People make merit and pray in the viharn, or prayer hall, at Wat Sothon in Chachoengsao. 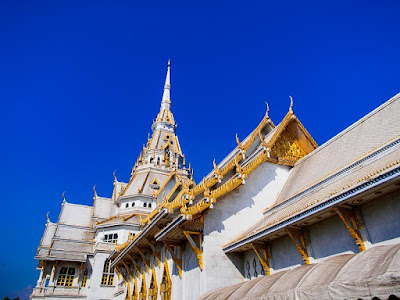 The roofline of the temple.

I went out to Chachoengsao this week. My plan was to photograph morning commuters on the trains into Bangkok but things didn't work out and I missed the morning commuters catching the train into Bangkok. Chachoengsao is a nice town, far enough from Bangkok to feel a little like you're in the countryside and close enough to Bangkok that it's easy to get to. Since I was already there, I took the opportunity to explore a little. 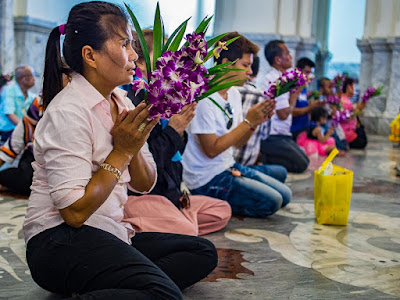 People pray in the viharn.

I took a tuk-tuk to Wat Sothon, a stunning temple a little ways from the train station. The temple's viharn (prayer hall) is relatively new and dominates the local skyline (2nd photo). There are always people in the temple making offerings, meditating and praying. 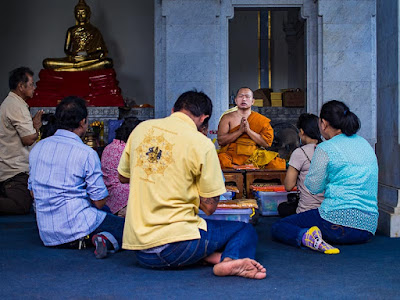 A monk prays with people after they made merit by presenting him with alms. 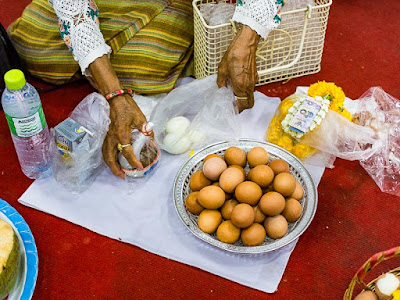 A woman prepares an offering of hard cooked eggs at Wat Sothon.

It's customary to present hard cooked eggs at Wat Sothon when your wishes are granted or to ensure that your wishes will be granted. I don't know how the tradition got started and it's not one I've seen at other temples in Thailand (or at least not in these numbers), but almost all of the faithful at Wat Sothon walked into the temple carrying baskets of hard cooked eggs. Some carried a basket, but others carried three or four baskets. The only time I've seen more eggs in one place was at a poultry farm I photographed in Phoenix. 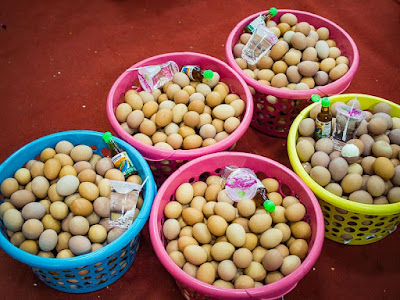 One person's offering of eggs. 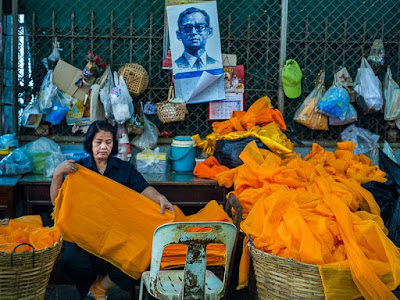 A woman folds orange robes that the faithful drape over Buddha statues at the temple. This is a form of merit making that is common in Thailand.

In addition to the presentation of the eggs, people made merit by donating money to the temple and draping the statues in orange robes. These forms of merit making are common in the Theravada Buddhist world. 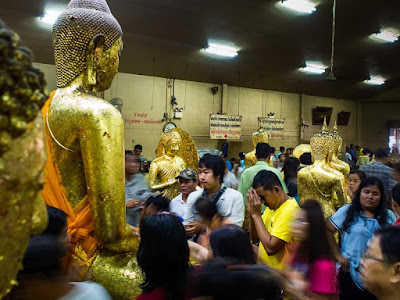 In the old part of the temple, next to the new viharn, people pray and make offerings.

This is one of the things I like about working in Thailand. If a story falls through, which sometimes happens, it's relatively easy to find another story to work on. Since I had never been to Chachoengsao before I didn't know what to expect. Now that I've been there, it's a town I want to go back to.

There are more photos from Wat Sothon in my archive.