One Month with New Cameras

A sort of mini review. 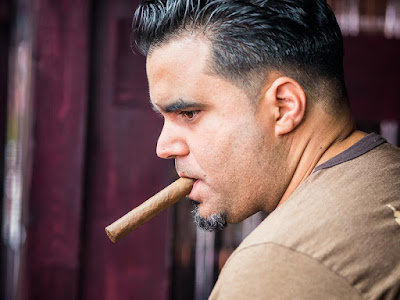 I've had my E-M5 Mark II bodies for a month now and thought I would post a short review of the new cameras. This is based on my day to day use of the cameras and comparing them to my Olympus E-P5 bodies, and, to a lesser degree, the Canon 5D series bodies I no longer have or use. This is based entirely on my experiences with the camera and does not involve any "pixel peeping." Your mileage and experiences may be different.

I got the E-M5 Mark II bodies because while I was very happy with the E-P5 there were some shortcomings that made it less than ideal for what I needed.

The E-M5 Mk2, and all of the Olympus OM-D bodies, feature faux SLR styling with a "mirror hump" housing the viewfinder. Since these cameras are mirrorless, there is, by definition, no mirror. The hump accommodates some electronics but could have been eliminated by moving the electronic viewfinder to the side, like the Panasonic GX-7 and some of the Fuji mirrorless bodies have done. On the other hand, the hump gives the camera a very retro faux SLR look (like the Fuji XT-1). 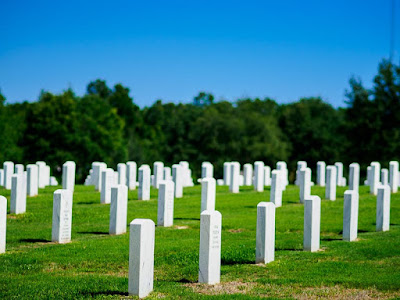 I like the small size and image quality of the E-P5. The high ISO limit (the small sensor limits the camera to ISO1600 for day to day work, IMO) is partly mitigated by the excellent in body image stabilization. Once I got used to Olympus' labyrinth menus, I found the E-P5 was as easy to use as Canon's 5D series bodies. The E-P5 is not tiny, at least not compared to some of the Micro 4:3 cameras made by Panasonic or even its little sibling, the Olympus E-PL7, but it's as about as small as I'm comfortable with. I don't have huge hands but cameras that are much smaller than the E-P5 are hard for me to hold.

I always use my E-P5s with the VF4 electronic viewfinder. This is a great viewfinder, arguably the best electronic viewfinder on the market right now, but it adds considerable bulk to the camera and takes up the hot shoe. That hot shoe thing was the biggest problem for me. I don't use flash very often and I use on camera flash even less often, but there are times, especially at breaking news, when it's just not practical to use off camera flash. For me, those times are still mission critical. 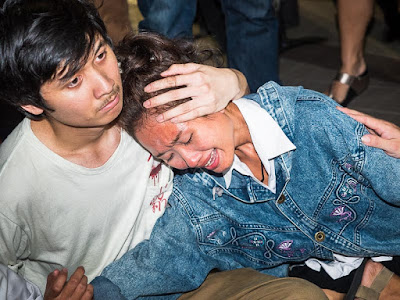 During an anti-coup protest in Bangkok. I was squeezed in with other photographers. If I had tried to hold my flash off camera I would have blocked the view of those around me. I had to use on camera flash because it was well after dark and there was no street illumination to speak of. E-M5 Mark II, 12-40 f2.8 Pro Zoom. ISO800, 1/50th @ f2.8 at 40mm. Flash in TTL mode. 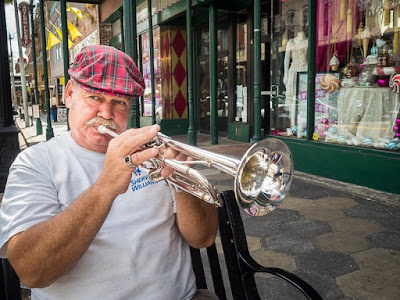 If you get an E-M5 Mk2 you will want to spend quality time with the manual. This is only the second camera I couldn't just pick up and start making pictures with (the first was the E-P5, also a camera that calls for serious manual reading). 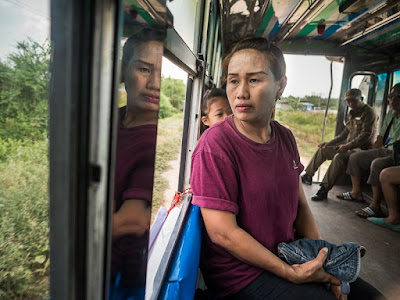 My first real test of the relative merits of the E-M5 Mk2 vs the E-P5 was last week during anti-coup protests in Bangkok. The scene was what I call a cluster ruckus. At the first protest I went to there were over 100 media people, photographers and reporters, nearly as many agents of state security (plainclothes army and police and uniformed police) and just four protestors.

This was the first news photography I've done with the E-M5 Mk2. I was very happy with how well it worked.

The real test came at the larger protest that night. There were more protestors, more police and more media. And it was dark. It was a very fluid situation. 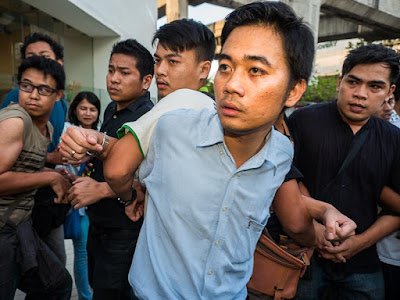 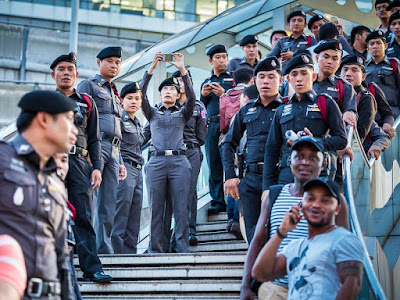 I got usable frames with at 150mm and 1/25th of a second, which although it's only a 2 to 2 1/2 stop advantage, it was such a fluid situation with so much movement, I couldn't have gone to a slower shutter speed. I would not have been able to do that with my Canon cameras. The old rule of thumb for shutter speed is 1/the focal length of your lens (a 200mm lens would call for 1/200th for example, a 35mm 1/30th and so on). The image stabilization in the Olympus bodies blows that formula away. 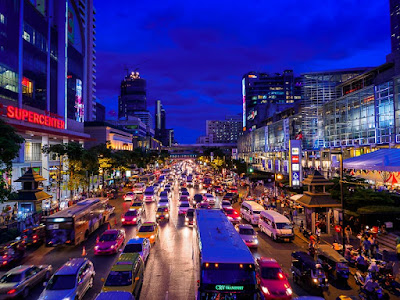 The electronic viewfinder takes some getting used to. That's not a bad thing, it's just a thing. When you look through an optical viewfinder, like in a traditional SLR or especially a Leica, you're looking at the the scene. When you look through an electronic viewfinder it's more akin to seeing the scene on television. Going back and forth can be a little jarring (it was when I used my Canons and E-P5 side by side). Using just an EVF has some advantages. When it's dark, like it was later at the protest, using an electronic viewfinder is almost like using night vision. It allows you to see when your optical viewfinder would just be dark. On the other hand, an EVF can be harder to use in bright sunlight. The EVF in the E-M5 Mk2 is excellent. I don't have any problems during the day and it's considerably easier to use in dark rooms than my Canons were.

Although the autofocus on the Olympus is excellent, it works best in light (which is not as obvious as it sounds). The autofocus in the Canon 5D Mark III is almost prescient. It can lock AF (in the single shot mode) in near darkness. I think the Olympus outperforms the Canons in single shot in daylight or anything up to dusk, but by the end of the night, when it was completely dark, the Olympus AF was having a hard time locking focus. (Canon's autofocus is still considerably better for continuous use, as in sports.)

Part of that is user error. The Olympus has an autofocus assist light that projects a bright red beam the camera uses to lock focus. It works well but it's very annoying (think the bright red dot that's used on military scopes or by snipers). I have it turned off on my cameras. I should have turned it on as it got dark at the protests. The other issue is the autofocus system used in mirrorless cameras vs the autofocus used in SLRs. They're different, each with strengths and weaknesses. Mirrorless AF is catching up quickly to SLR AF, but the final few steps to get mirrorless AF to really rival SLR AF is going to be a challenge. 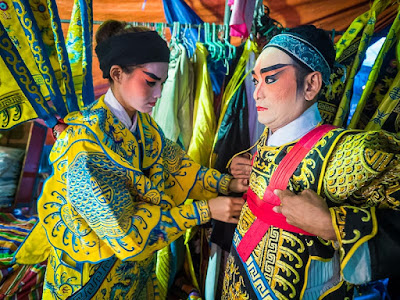 I haven't even tested the E-M5 Mk2's marquee features - the High Resolution mode (the camera can output a 40 megapixel file) and improved video. I haven't needed video since I left the newspaper world. The high resolution mode intrigues me but it comes with conditions: the camera has to be on a tripod and your subject has to be perfectly still. I haven't had a chance to use it under those conditions yet.

So what's the downside to the E-M5 Mk2 and is it worth upgrading if you're already a M4:3 user?

The biggest problem I have with M4:3 cameras is battery life. And battery life with the E-M5 Mk2 is not as good as it is with other M4:3 bodies. I think that's because the image stabilization uses more power than it does on other Olympus bodies. If you already have a M4:3 OM-D body, especially the original E-M5 or an E-M1, I'm not sure the E-M5 Mk2 is worth the upgrade (unless you need the high res mode). If you have the entry level E-M10 and want a more robust camera it's worth considering the E-M5 Mk2.

At $1,100 for a body, I think it's a little overpriced, by maybe $100 or $150. Some people compare it to entry level models from Canon or Nikon but I don't think that's fair. The E-M5 Mk2 offers a lot more than those cameras do. Its weather proofing alone is class leading. The Olympus does compare well to the Canon 7D Mark II, Canon's top of the line APS camera. The 7D Mark II is about $1,700, so the E-M5 Mk2 doesn't seem so bad. The E-M5 Mk2 is $200 less expensive than the E-M1, which is a little bigger and has better autofocus. If you need AF nearly as fast, in the continuous mode, as the Canon 5D Mark III, the E-M1 is for you. If you need high res and better video the E-M5 Mk2 is for you. 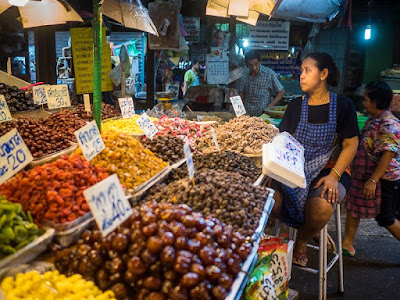 If your bread and butter is sports photography or low light, available darkness photography you still need a traditional full frame digital SLR (not the least for the exotic long lenses, like the 600mm f4 and 800mm f5.6).

If you need a high megapixel count for your day to day photography you should get a Nikon D810 (36 megapixels) or Canon 5Ds series camera (50 megapixels) or step up to medium format digital.

The biggest problem with the current M4:3 cameras (besides battery life) is the 16 megapixel sensor. Olympus and Panasonic have wrung about as much out of that sensor as they can. Image quality at lower ISOs, below 1600, is excellent. But the further you go above 1600 the more digital noise you're going to encounter. High ISO photography is still the realm of full frame sensors and the excellent Fuji sensor.

I've been saying for several years that mirrorless cameras are the future of photography. Each generation of mirrorless camera has been considerably better than the camera that proceeded it. With the E-P5, I thought mirrorless could handle about 80% - 85% of what I did but the remaining 20% - 15% was still important to me. The improvements with the E-M5 Mk2 bring that up to above 95% and what's lacking (high speed continuous autofocus) is not that important to me.

If you do reportage, travel photography or features the new generation of mirrorless cameras will more than meet your needs.

Finally, most of the photos in my archive are available for editorial use or self fulfillment as prints. If you see something you'd like to use or just hang on the wall, click on the "Add to Cart" button and follow the onscreen prompts.
Posted by Jack at 01:45