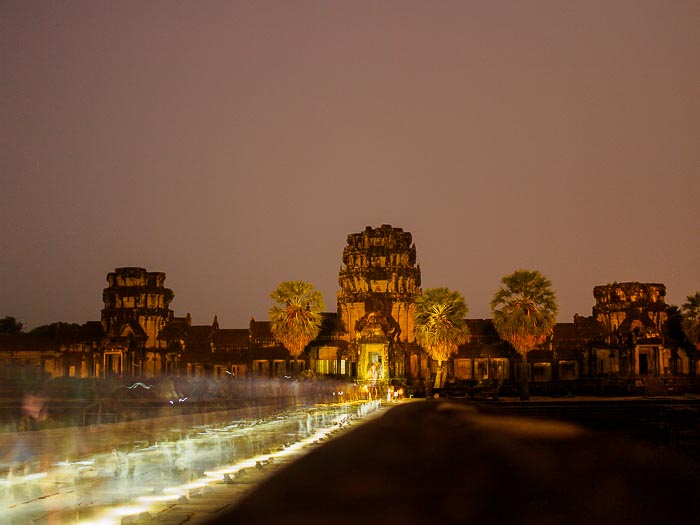 Tourists use their flashlights to guide them into Angkor Wat before the sunrise. This photo is about a 2 minute time exposure made with my Olympus E-P5. I rested the camera on the balustrade along the walkway and used my iPhone to control it, using the camera's wifi and Ol.Share app on my phone.

Angkor Wat is one of the "New Seven Wonders of the World," a place of such scope you have to see it to believe it. During its heyday, roughly 1100 - 1200 CE, Angkor and its surrounding complexes was the largest city in the world. Bigger than London, Constantinople, Moscow or better known European cities. New York, and the Americas were centuries away from European domination though there were flourishing civilizations in what are now known as the Americas. 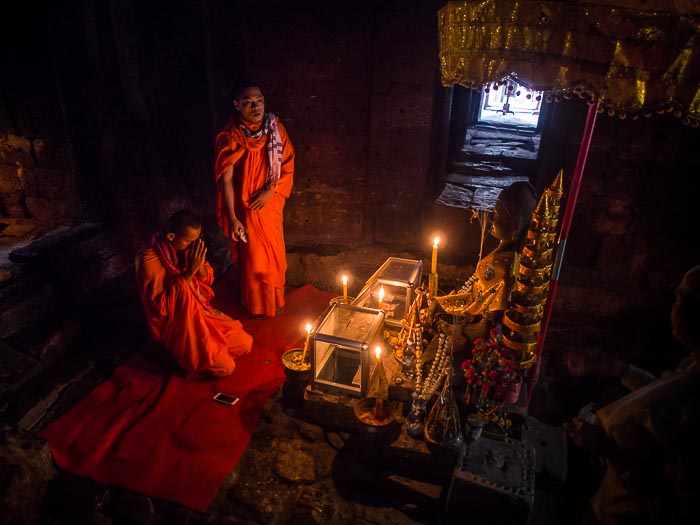 Buddhist monks pray in the heart of Bayon, a large temple in Angkor Thom, a part of the complex of temples and ruins in Angkor Wat.

Angkor has been rediscovered by tourists. Now it's by far Cambodia's biggest tourist attraction. Millions of people traipse through the temples and ruins of Angkor every year. 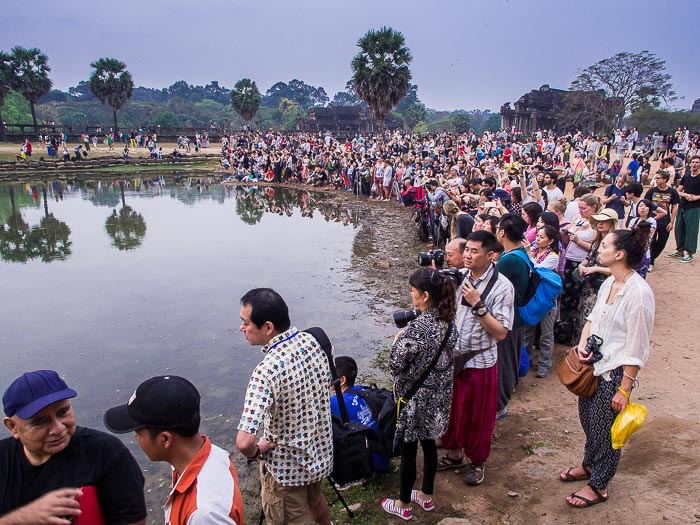 Tourists line up along the reflecting pond in front of the main Angkor Wat temple for the sunrise. Sunrise at this time of year is usually obscured by smoke and haze from burning in the farm fields around the temples. Slash and burn agriculture is still widely practiced in Southeast Asia. 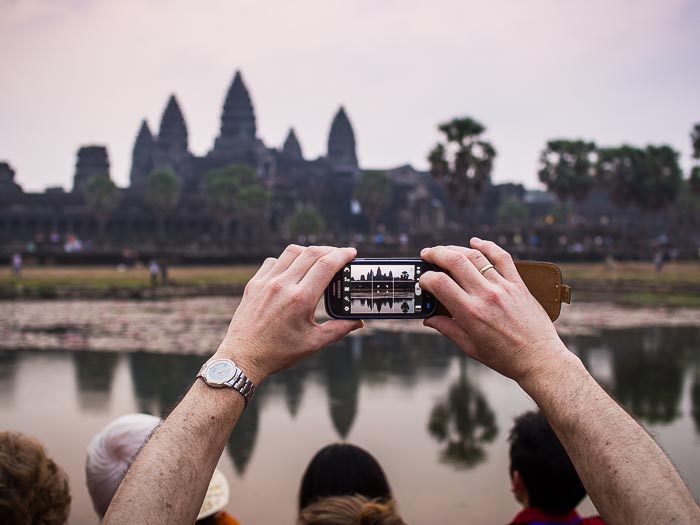 A tourist photographs Angkor Wat with his smart phone.

Changes have come to Angkor. Nine years ago, when we first visited, tourists climbed the ancient steps to the top of the temple. Now there are only one or two staircases available to tourists and the stone stairs have been covered and protected by steel or wooden staircases (which, coincidentally, are also less steep, have handrails and are generally much safer), some parts of Bayon have been roped off and shoring has been installed in some of the temples.

Still, much more is required to protect the remains of the ancient civilization.

There are more photos of Angkor and its environs in my archive.