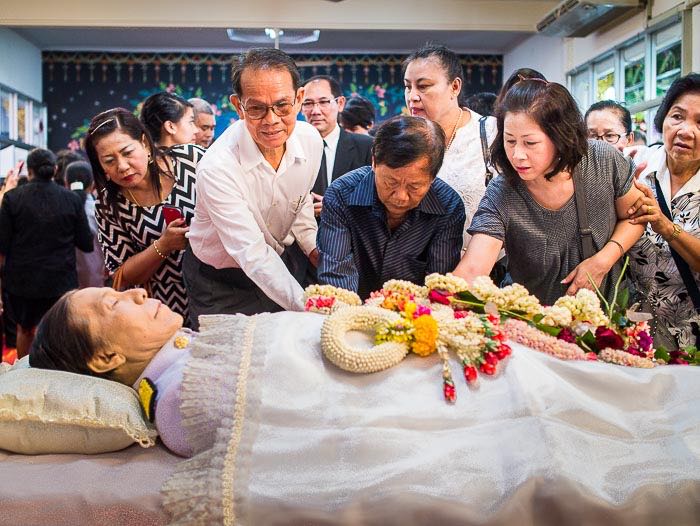 People gather around the body of Apiwan Wiriyachai to pay their respects at the Red Shirt’s funeral. This photo was made with available light.

I recently photographed the first day of funeral rites for Apiwan Wiriyachai, a former Deputy Speaker of the House of Representatives in the Thai parliament. It’s always a good idea when you’re using a small flash to get the flash off the camera. Properly done off camera flash makes the light more interesting and more natural. That’s pretty much impossible with the small popup flashes that are on top of most cameras these days or when you’re working in a media pack.

Apiwan’s funeral was a big media event. There were probably 30 photographers gathered around the body photographing as people paid their respects. Most of them were using flash, almost all of them either the small popup flashes built into their cameras or large accessory flashes but all of them, every single one of them, had the flash on the camera.* Most had the flash pointed straight ahead but a few were “bouncing” their flashes off the ceiling. I was working exclusively with available light.

The room was lit by fluorescent tubes and combining fluorescent and flash creates all sorts of color balance issues. I’ve found it’s much easier to edit and do color correction if there’s only one light source in  the photo. The base exposure at ISO800 was around f1.8 at between 1/60th and 1/250th (depending on whether people were looking up or down) and Apiwan was covered in a shiny white shawl so I was comfortable working with available light. 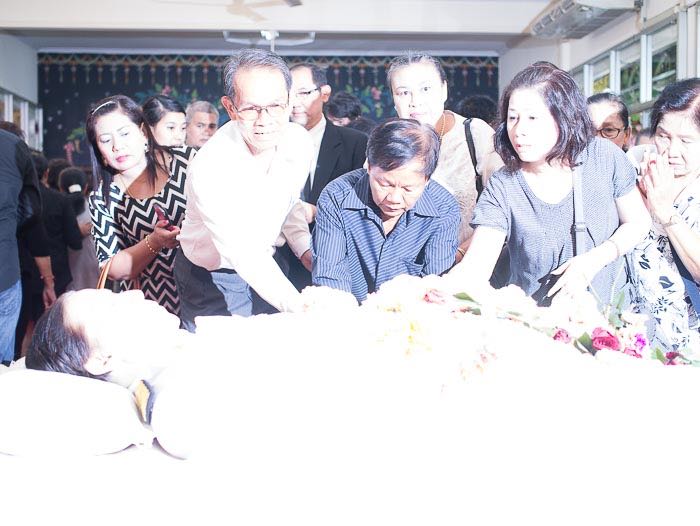 A photo from the same sequence as the top photo but a couple of minutes later. My exposure caught the blast of flash from another photographer’s camera. The highlights in this frame are completely blown out, rendering it unusable.

As I was working I could see that I was going to have a lot of unusable frames. Other photographers’ flashes were going off with machine gun like rapidity.

A couple of times the flash was just discrete enough that I could piggy back off of it. 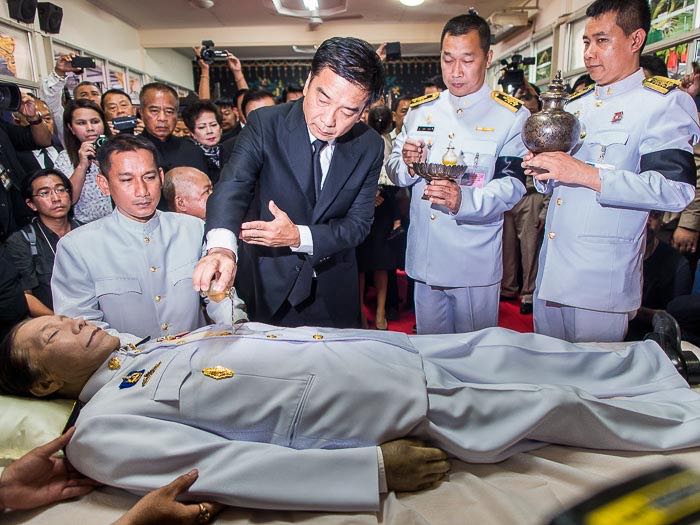 Another photographer’s flash in this case helped me. It provided a nice directional light that doesn’t completely overpower the photo. I burned down Apiwan’s white uniform a little in Lightroom. 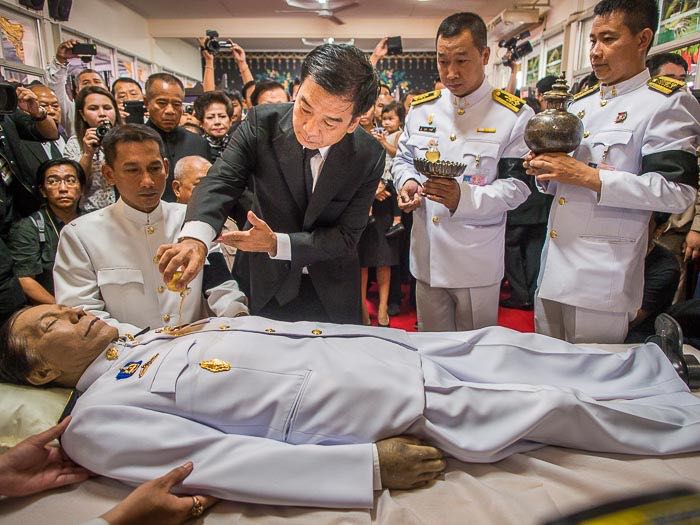 Seconds earlier, I made this frame, available light.

It’s impossible to predict at the moment that you’re making pictures what effect other people’s flashes will have on your photos. There are a lot of variables.

With the exception of a couple of motion blur photos I made, I was working at f1.8 to f2.2, wide open, or close to it, all day. It doesn’t take as much flash to expose at f1.8 as it does f8. If the photographer whose flash I was piggy backing off was shooting at wider apertures (and putting out less flash) I ended up with an interesting picture. If he (they were all male) was working at f11 or blasting away with the flash, I ended up with a blown out frame. 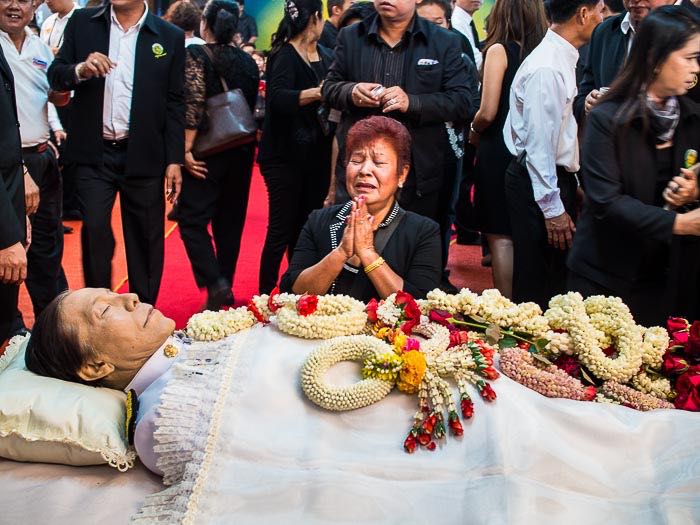 Available light, I didn’t capture any other flashes in this frame. 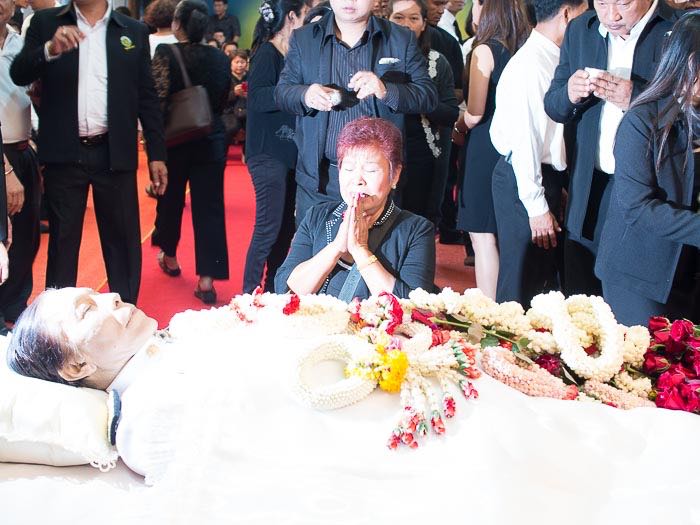 Seconds later this frame was ruined by the blast of another photographer’s flash. There is no detail in the white and any attempts to burn it down just turns it an ugly gray.

I could see the flashes going off around me and I knew from experience that I was going to have a difficult time editing. It’s impossible to predict when another photographer’s flash is going to help you and when it’s going to wreck your photo. I made a lot more frames than I normally would have because I was I trying to work around the photographers’ flashes.

* There’s a protocol when you’re working in a media scrum like this. Normally, a professional photographer would get the flash off the camera and either put it on a light stand or hold it out at arm’s length (or ask a nearby civilian to hold it for you). But you don’t have those options when you’re in a scrum. If I hold a flash in my hand and then stick my hand out to get the flash off camera I’m going to end up blocking another photographer’s view. The idea in a scrum is to make yourself as small as possible so you don’t block other photographers.