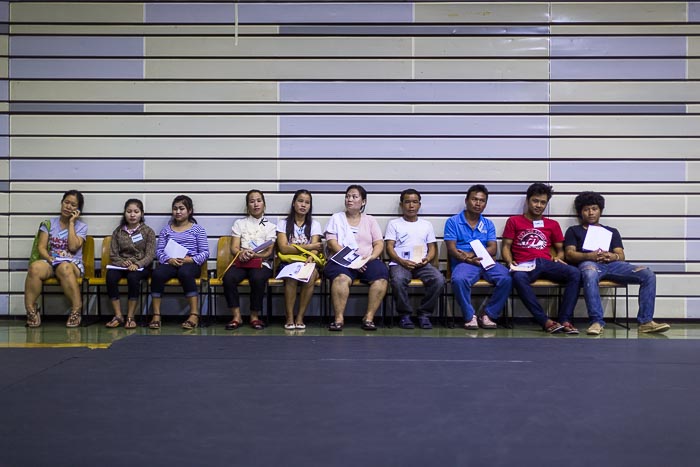 Cambodian migrant workers wait their turn to apply for temporary Thai ID cards at a "one stop service center" set up by Thai immigration authorities in Bangkok.

Thailand was shocked when hundreds of thousands of Cambodians left the country en masse in early June. The Thai government responded to the exodus by asking the Cambodians back.

It wasn't as much an invitation to return as it was admission to a club. Migrants were welcomed back if they met certain requirements, specifically they have to have jobs and their employers need to vouch for them. The first one stop centers were set up in Samut Sakhon, a fishing port and industrial city with a large migrant population. After that the government opened one stop centers in cities along the Thai-Cambodian border. Now they've opened centers in Bangkok proper. 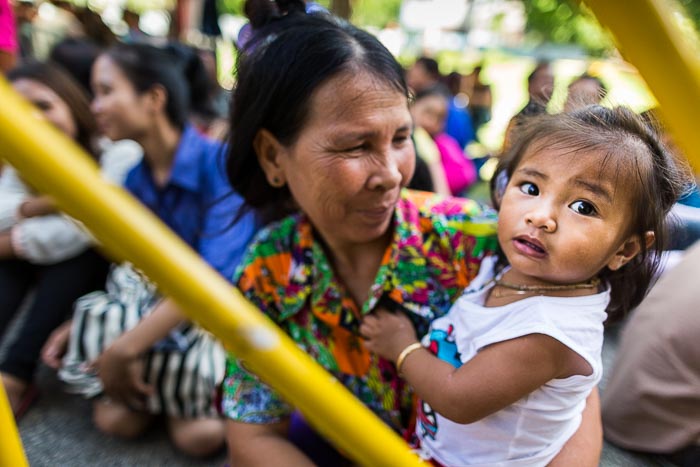 A Cambodian woman and her child wait to sign up for temporary ID cards and work permits.

The procedure at each of the centers is the same. Migrant workers, most of whom were undocumented, applied for temporary ID cards and work permits. They showed proof of employment to immigration authorities and went through a screening process. The migrants were photographed and fingerprinted and issued temporary ID cards. The last step in the process was a very brief and perfunctory health check. 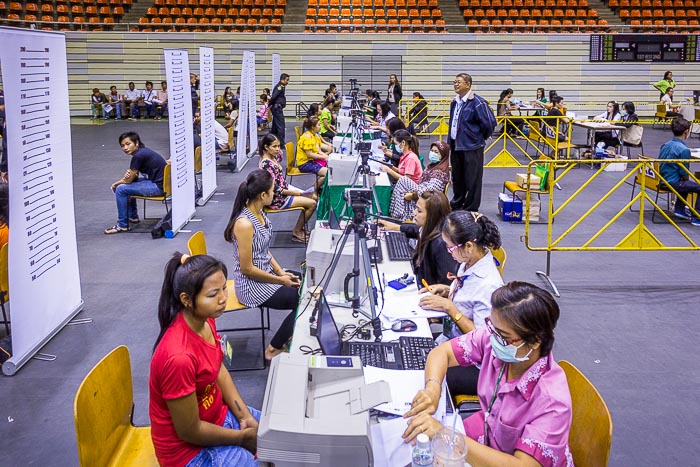 Immigration authorities set up a large processing center at the Bangkok Youth Center in the Din Daeng section of Bangkok. 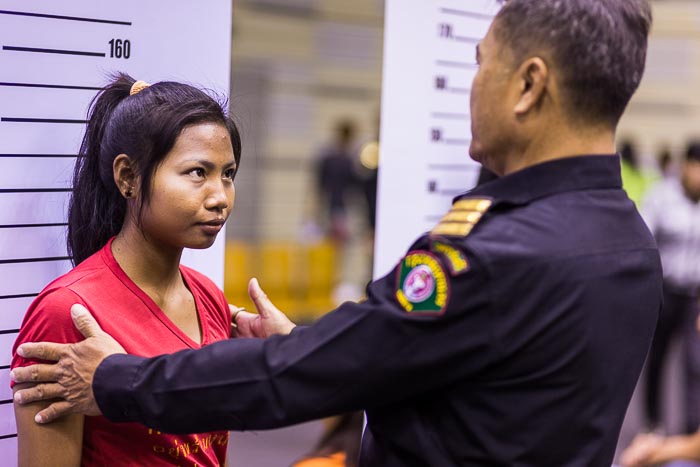 I've been covering immigration for more than 20 years. I've always been struck by the similarities Thailand and the US share when it comes to immigration.

Both countries have a complicated relationship with undocumented immigrants. Immigrants provide the low wage muscle that powers the economy (Thailand is the world's leading seafood exporter - most of the workers in the seafood industry are Burmese. Many of the construction workers in Bangkok are Cambodian. In the US, where Latin American immigrants make up most of the agricultural workers and construction workers.)

Conservatives and nativists rail against immigrants in both countries, claiming they bring disease and crime and take jobs from, here, Thais and in the US, Americans. 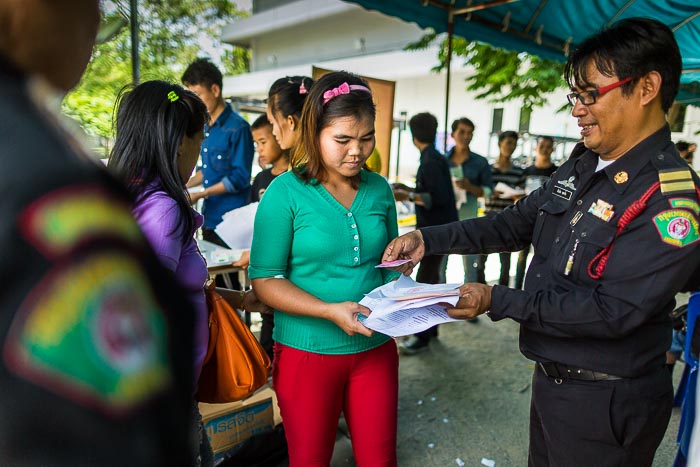 There are also differences of course. Many in the Thai fishing industry, especially crews of trawlers, are held in slavery and human trafficking is more prevalent here than in the US.

As imperfect as the Thai system is, you have to give them credit for trying to deal with the issue of undocumented immigrants and guest workers in a way that recognizes the workers are an essential part of the economy.
Immigration Registration Spreads to Bangkok - Images by Jack Kurtz
Finally, most of the photos in my archive are available for editorial use or self fulfillment as prints. If you see something you'd like to use or just hang on the wall, click on the "Add to Cart" button and follow the onscreen prompts.