A Morning in Bangkok 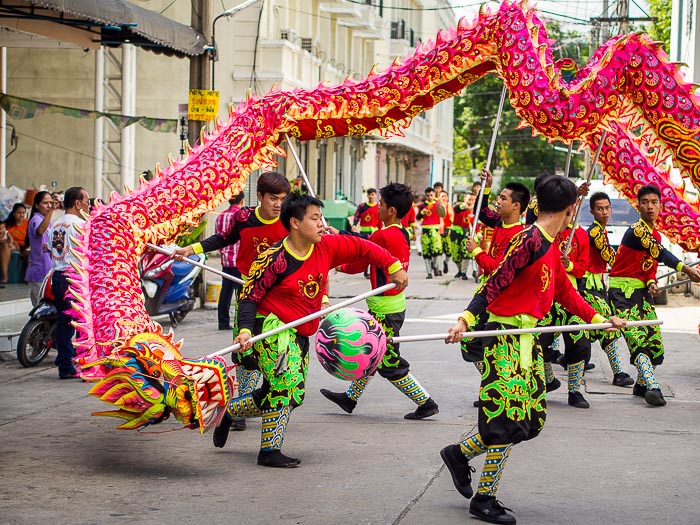 Dragon dancers perform on Soi Phum Chit in front of the 14-00 firehouse.

Khao Phonsa, the start of the Buddhist Rains Retreat, is next week. The Rains Retreat is a three month period when monks and novices generally stay in the temple for intense meditation.

It's origin is as much practical as it is spiritual. The Buddha's earliest followers were homeless ascetics and living as a homeless person, ascetic or not, during India's monsoons is difficult. Groups of the Buddha's followers would live together through the rainy season in a community.

It's mistakenly called "Buddhist Lent" in the west because some Buddhists give up meat, smoking or alcohol for the period but in reality the rains retreat predates the Christian idea of Lent by at least 500 years. 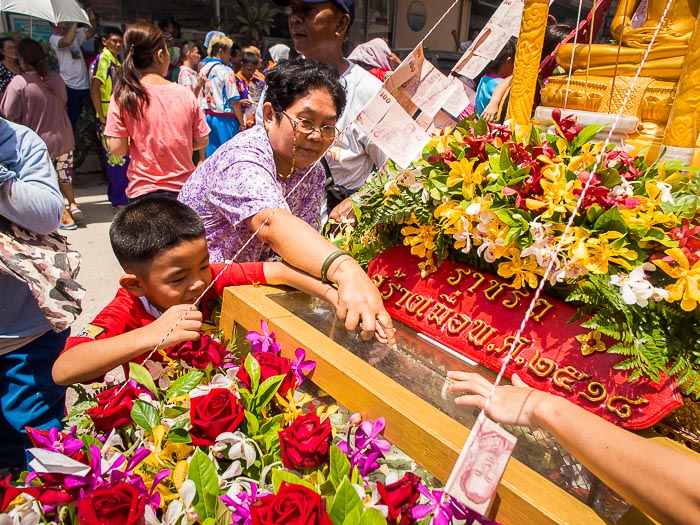 People make merit by donating money to a neighborhood temple.

Buddhist temples will be packed next weekend with people making merit and praying before the holiday. One of the most beautiful celebrations of the day is in Saraburi, a provincial town a couple of hours north of Bangkok. People line the road in front of the temple and present thousands of monks with flowers and wash their feet as the monks process through town and up to the hilltop temple.

Saturday there was a parade in a residential part of Bangkok several kilometers from downtown. Groups of Lion and Dragon dancers walked a winding route, stopping in intersections to perform. They also stopped at random intervals to drink (water and juice) and eat. This is Thailand; there's always food available. Lion dancers perform in the parade. Lion dances are usually one or two people in a stylized lion. Dragon dances have five or six or many more people manipulating a stylized dragon with sticks, not unlike a puppet.

This was the most unique Khao Phansa celebration I've seen. Lion and dragon dances are originally Chinese, and while they're not unusual here, they are unusual in Theravada holidays.

The lion and dragon dances are common in Mahayana Buddhism, which doesn't observe the rains retreat. 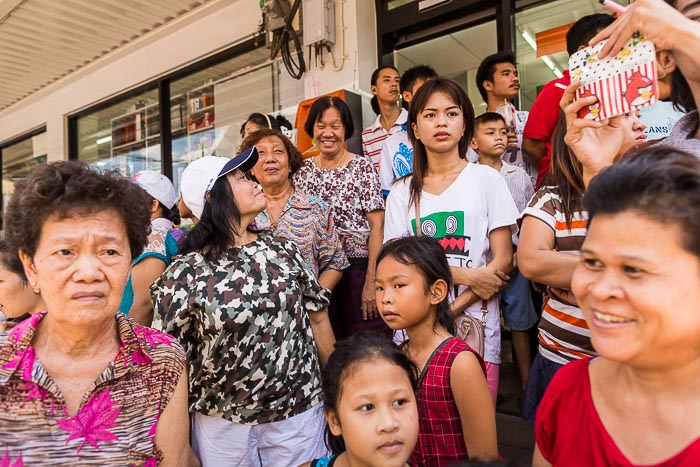 Spectators on the parade route.

There are more photos from the parade in my archive or available from ZUMA Press.
Vassa Parade in Bangkok - Images by Jack Kurtz
Finally, most of the photos in my archive are available for editorial use or self fulfillment as prints. If you see something you'd like to use or just hang on the wall, click on the "Add to Cart" button and follow the onscreen prompts.