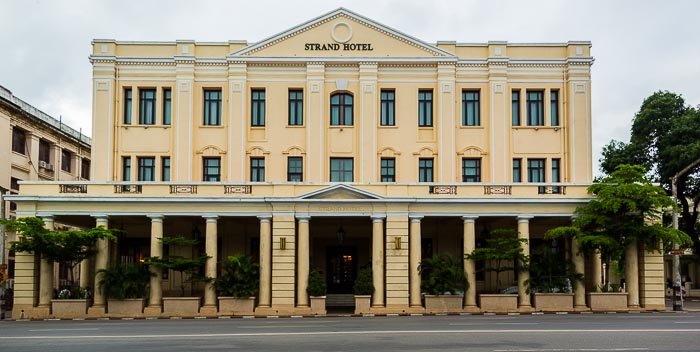 The Strand Hotel in Yangon is one of the city's architectural gems. It opened in 1901.

Yangon used to be known as Rangoon. Before World War II, when Burma (now Myanmar) was a British colony, the city rivaled Singapore as a commercial center. The city streets were lined with stately colonial buildings.

Myanmar was politically and economically isolated for much of its post independence history, ruled by a series of autocratic, xenophobic military dictators. There was little economic development in the country and the stately old buildings faded into obscurity.

But without too much effort it's still easy to see that a lot of what was colonial Rangoon still exists in modern Yangon. 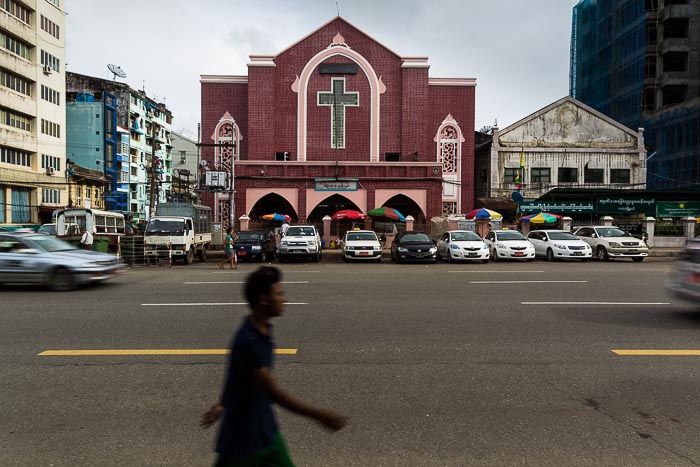 A man walks by U Naw Memorial Baptist Church, one of Yangon's historic Christian churches.

Some of the colonial gems are easy to find, like the Strand Hotel, the old (and still current) Customs House or the Myanmar Port Authority, all restored or nearly restored, to their original grandeur. The city has the finest collection of colonial architecture in Southeast Asia. 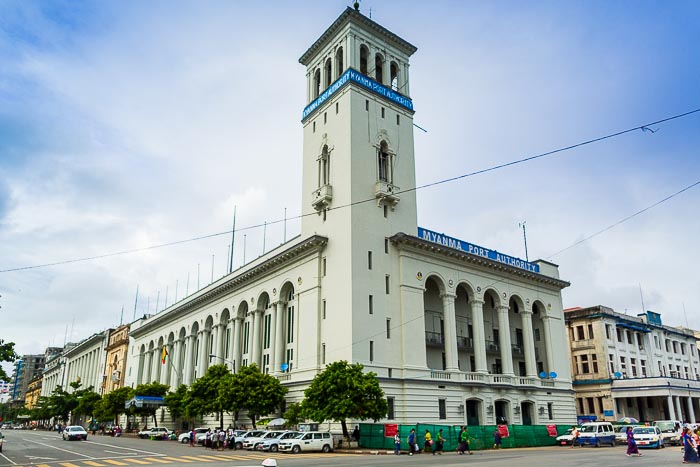 Less obvious are the smaller gems. Walk the streets of Yangon and it's easy to see buildings that one time must have been grand structures but now, like aging movie starlets, are down on their luck, facing an uncertain future. 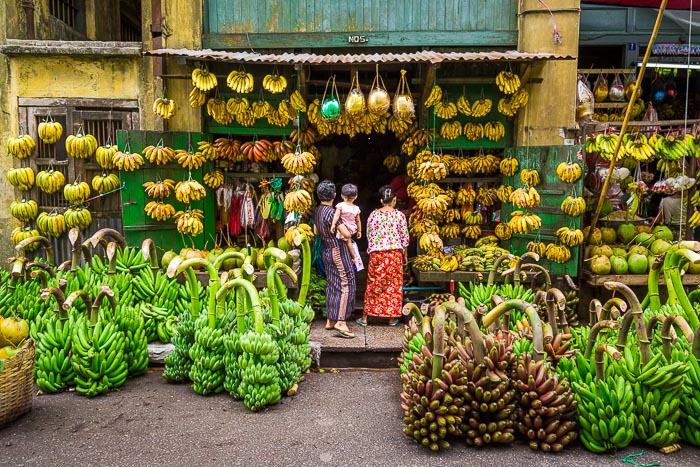 One of Yangon's nameless grande dames, this one opened in 1924, is now a banana stand on the ground floor and tenements above.

There are more photos of Yangon's impressive colonial architecture in my archive of available from ZUMA Press.
Yangon's Architectural Heritage - Images by Jack Kurtz
Finally, most of the photos in my archive are available for editorial use or self fulfillment as prints. If you see something you'd like to use or just hang on the wall, click on the "Add to Cart" button and follow the onscreen prompts.