A Nod and a Smile 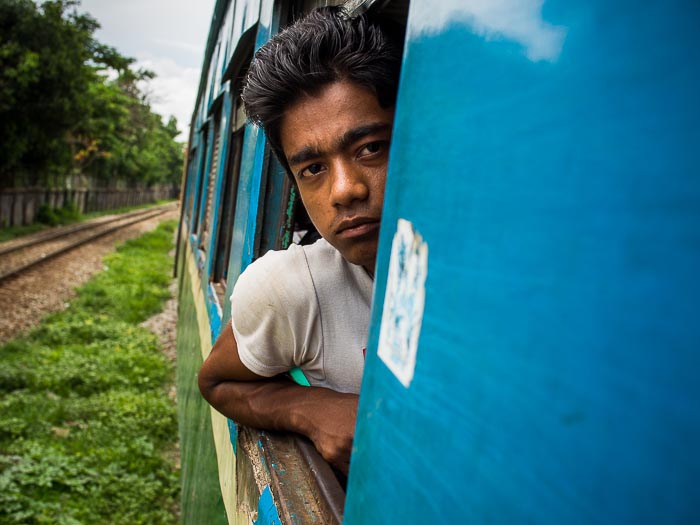 I photographed this young man while I was leaning out of the door on the train as we rolled through the Burmese countryside.

In the photo above for example, I was riding the Yangon Circular Train and I saw the man looking out the window. I leaned out the door of the rail car and made a couple of frames of him while the train chugged down the tracks. After the first couple of pictures, while I was still leaning out the door, I put my camera down and thanked him. Then I brought the camera back up to photograph some more and he smiled and nodded okay. 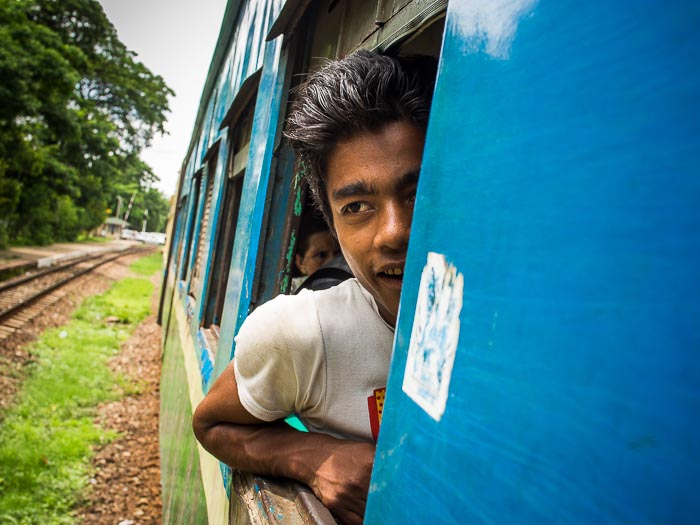 Moments later, after brief eye contact and a little nod (because I don't speak Burmese and it was too noisy to talk even if I did), a much nicer photo.

That’s when I made this photo. He knew I was there (he also knew I was there in the first photo) but the few seconds I took to engage him made all the difference. I prefer the latter photo. I like his smile and body English. To me, the second photo feels more natural and less confrontational.

Sometimes it’s more disruptive to ask permission before photographing, this is especially true when it’s a moment, like the photo below. 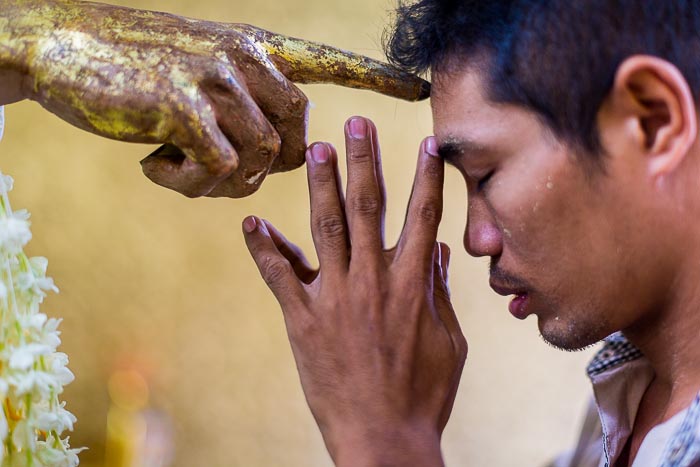 A man prays at Botataung Pagoda in Yangon.

I was at Botataung Pagoda in Yangon. I was watching people make offerings and praying at a small chapel in the pagoda. People would make offerings of fruit, say a prayer then touch their foreheads to the statue’s finger. I slipped into position during a break in the line of people praying. I waited for prayers to resume and made this picture when this man came up to the statue to pray.

In a similar situation at Shwedagon Pagoda I asked a couple of monks if it would be okay to photograph them. 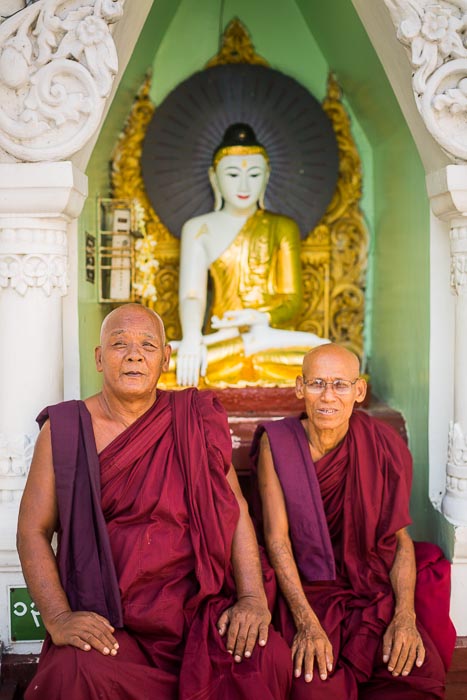 Monks at Shwedagon Pagoda. I don't speak Burmese, so I couldn't ask them outright if I could photograph them. I showed them my camera and they nodded yes.

I saw the monks sitting together in front of the Buddha statue. I walked up to them, showed them my camera and asked if I could photograph them. They nodded yes, I made five or six frames and then showed them the photos (using the LCD on the back of my camera).

The hardest part of photographing strangers is just doing it. I don’t have a hard and fast rule about when I will or will not ask permission before making a photo. In general, if asking permission is more disruptive than not asking permission, I won’t ask first I’ll simply photograph. Even then though, I almost always try to preposition myself in a way that I can work without being disruptive and so people know I’m there. In the photo from Botataung, I was standing about a meter from the statue. I got into position at the statue before people started praying and I didn’t leave until after people finished. People knew I was there photographing and I tried to be as discrete as I could under the circumstances.