Push Back Against the Coup 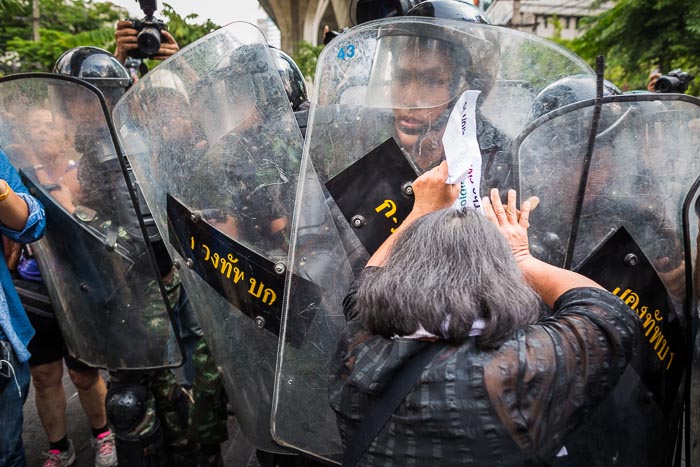 A woman pushes against police who were blocking the road to Victory Monument.

Public opposition to the coup in Thailand seems to be growing. There was a small anti-coup demonstration at the Bangkok Arts and Culture Center Friday evening. On Saturday, democracy activists marched from a mall in northern Bangkok to central Bangkok. 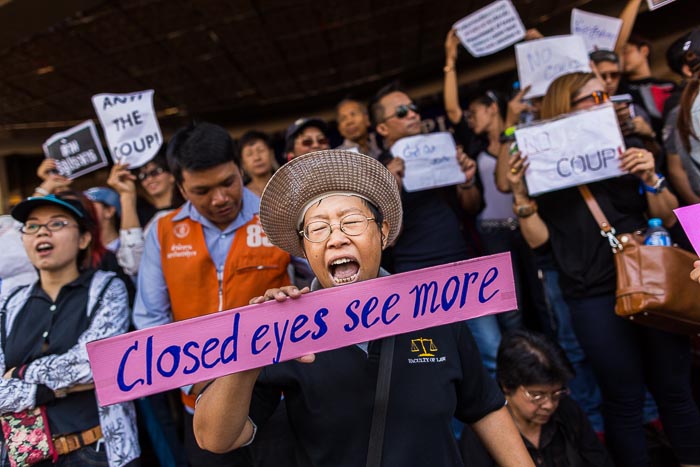 Demonstrators gather in front of a Bangkok shopping mall to protest the coup.

Riot police confronted protestors at the mall, but then backed down. 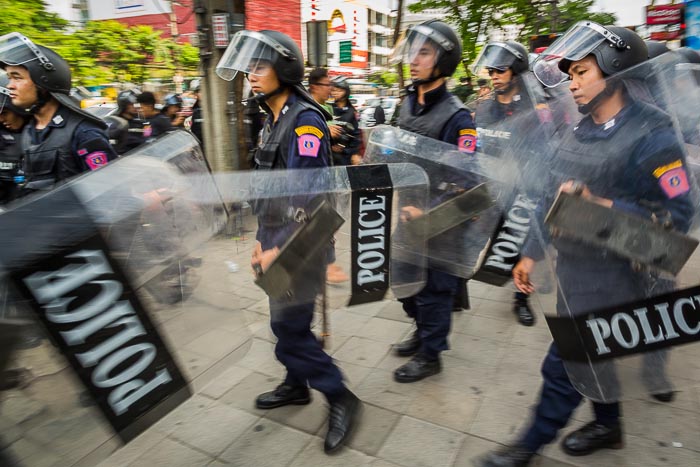 Riot police move into position at the mall.

Protestors left the mall to march to Victory Monument, about six miles away. Riot police and soldiers blocked the road near Saphan Khwai. Some small scuffles broke out when protestors reached the police line then police announced protestors would not be allowed to go past, so protestors turned around and walked back to the BTS station and took the Skytrain to Victory. Protestors scuffle with police on the way to Victory Monument. 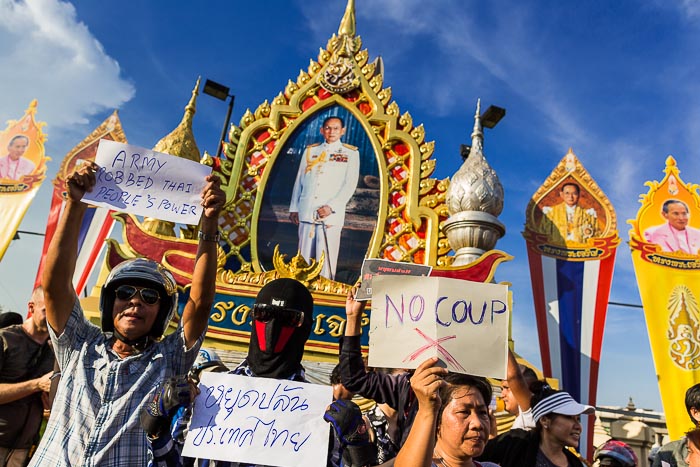 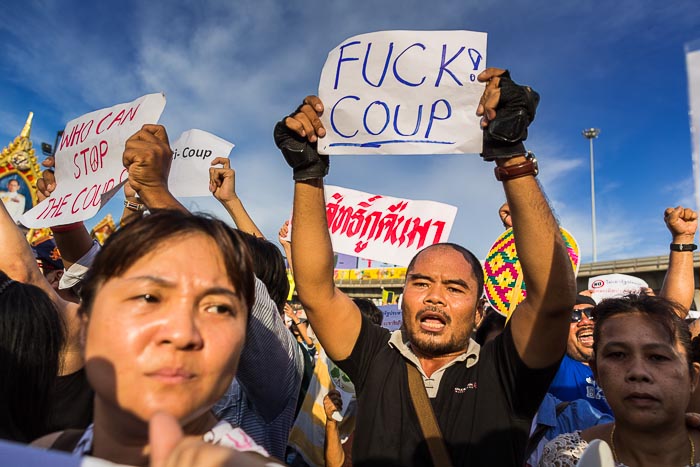 Many of the protestors' signs were in English, which is convenient but many also included liberal use of the "f word," which is inconvenient.

Police did not make any attempt to break up the protest at Victory Monument. Further down the road, at BACC, police did make a couple of arrests and try to break up a similar protest and in Chiang Mai, in northern Thailand, there were shootings and several arrests.

I don't think Saturday was a good day for the junta. The military has banned political gatherings of more than five people. That prohibition was widely ignored Saturday. Soldiers and police generally backed down when confronted by protestors and anger against the junta was palpable on the street. The crowd of protestors wasn't very big, probably just a couple of hundred, but people lined the road to cheer for them and the crowd at Victory Monument kept growing throughout the afternoon and evening.

More protests are planned for Sunday, including one in Ratchaprasong, the scene of violence in 2010. The military has not said how they will handle those protests.
Anger Grows Over Thai Coup - Images by Jack Kurtz
Finally, most of the photos in my archive are available for editorial use or self fulfillment as prints. If you see something you'd like to use or just hang on the wall, click on the "Add to Cart" button and follow the onscreen prompts.