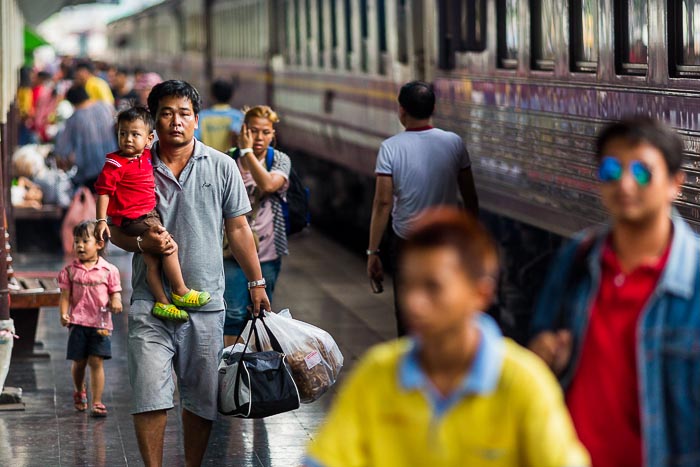 Travelers in Hua Lamphong station in Bangkok get off an overnight train from Chiang Mai.

My last Songkran related post, at least until next year's Songkran.

Thailand travels during Songkran. The local newspapers call the period the "Seven Deadly Days of Songkran" because there are so many fatal wrecks on the highways. The bus companies lay on extra buses, the trains and planes are nearly full.

Thais who live in Bangkok head to their home provinces to spend time with family and people in the provinces come to Bangkok to see the big city. Everyone, it seems, is going somewhere.

I went down to Hua Lamphong Railway Station to photograph people on the move. Hua Lamphong is  a wonderful old world railway station. It opened in 1916 and, except for the addition of western fast food franchises, sometimes feels like it hasn't changed much in the last 98 years. 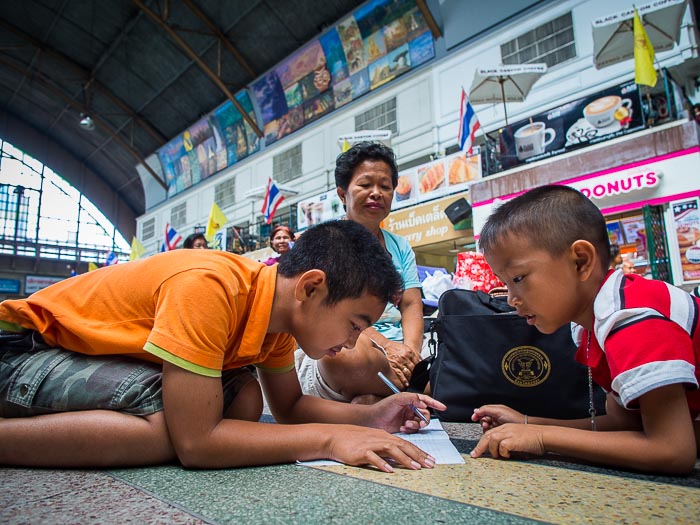 Boys do school work while they wait for their train to go home.

Thailand built an impressive rail network in the early parts of the 20th century and it's possible to go all the way from Chiang Mai (in northern Thailand) to Singapore by train. You have to change trains in Bangkok and Butterworth, Malaysia, but the layovers are easy. If you're into train travel it's one of the world's great trips. 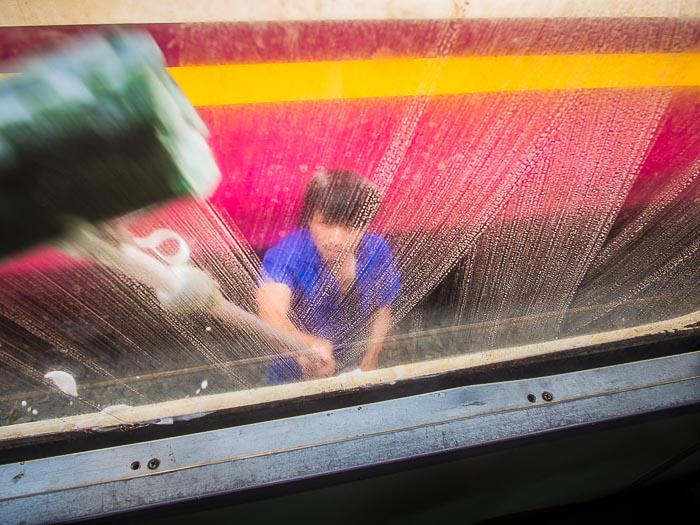 A worker cleans the windows on a train going to Sungai Kolok, on the Thai-Malaysia border. 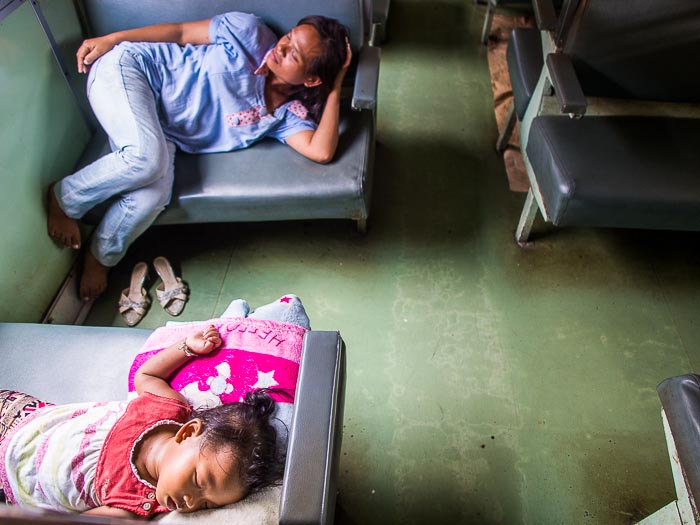 Sleeping on a southbound train.