An Afternoon at the Fights 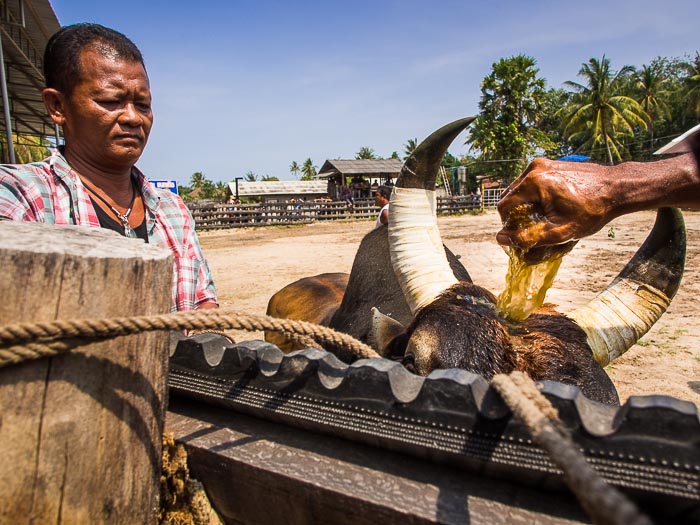 A member of a bullfighting team washes his bull's forehead before a fight in Phawong, a small village in Songkhla, Thailand.

I went to bullfights in Songkhla this weekend. Bullfighting in Thailand is nothing like bullfighting in Spain or Mexico. There is no matador, picador or human involvement. Two bulls are brought into a ring, face off against each other and fight. It's brutal and it's not a "sport" in the western sense of word.

Thais like to gamble and they like to watch animals fight. There are cricket and beetle fights here. Fish fighting is very popular. Cockfights and bullfights are televised, sometimes live. People usually gamble on the outcome of the fights. They actually bet on almost every aspect of the fight, from which animal will strike the first blow to which will actually win. 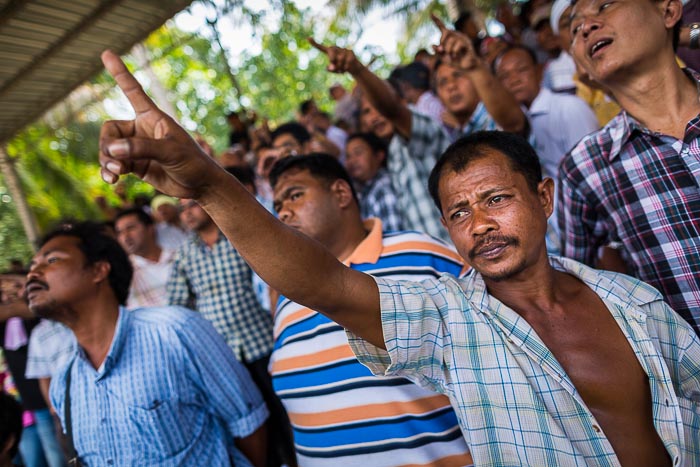 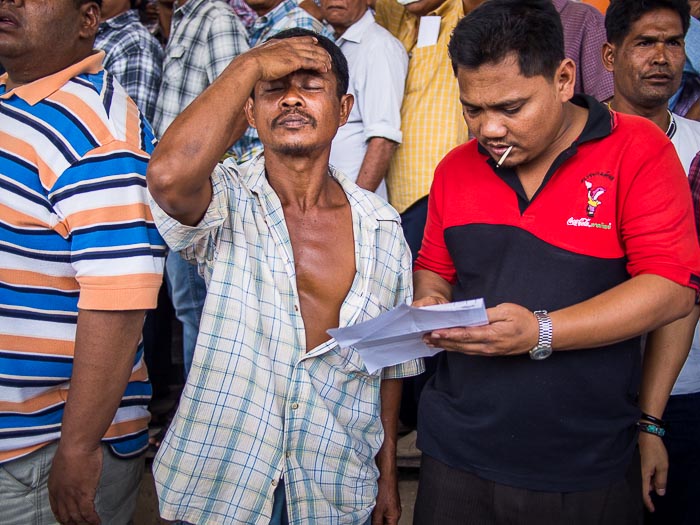 If a bull chooses not to fight, there is no fight and people who have bet on the less pugilistic bull loses. Aside from their time in the ring, the bulls live a pampered life. They get massages from their owners. They get the choicest grasses to eat. They live a much longer and happier life than feedlot cattle in the United States. 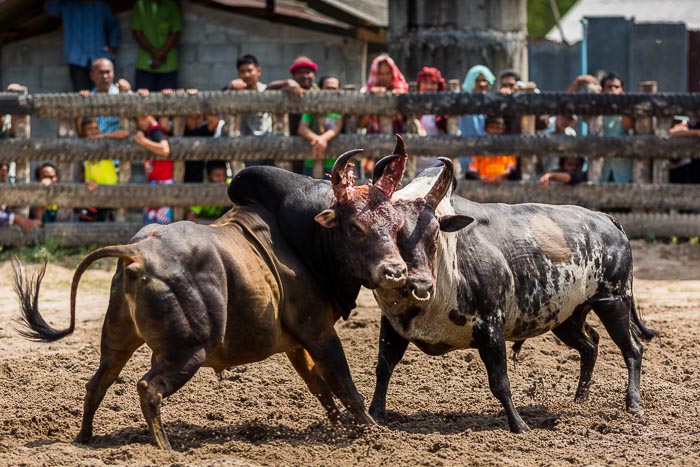 A bullfight in Songkhla.

My interest in photographing bullfights (and cockfights) is not the actual bullfighting, although I have to do that to complete the story. Rather, for me, it's about photographing the people at the event. Spectators, men and women, really get into the bullfighting. They shout out bets the instant the fight begins and keep shouting out bets (and encouragement to the animals they've bet on) until the last moments of the fight. 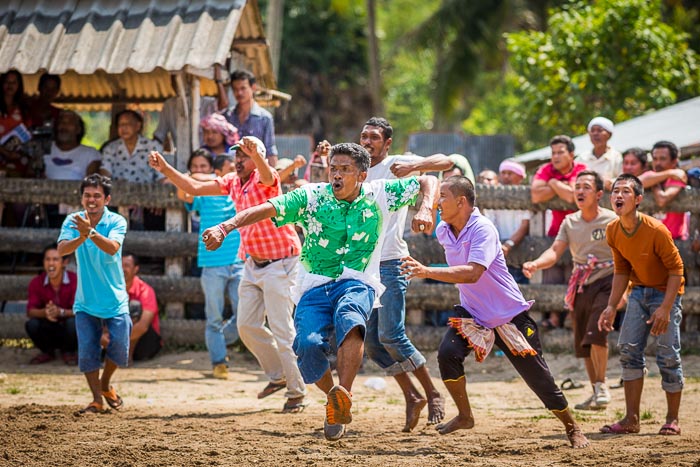 Owners of a bull react to their animal's victory.

The bull's "team" sits inside the ring shouting encouragement to their animal. If their bull wins in a dramatic fashion they react with great enthusiasm and do victory dances around the ring.

I used mostly wide angle lenses, like my Canon 24mm f1.4, or normal lenses, like the Canon 50mm f1.2 to photograph the bullfight. Of the hundreds of frames I exposed Saturday afternoon, only a small percentage were of the actual fights, most were of the human drama going on around me.
Songkhla Bullfighting - 2014 - Images by Jack Kurtz
Posted by Jack at 19:26