Violence Breaks Out at Shutdown Bangkok 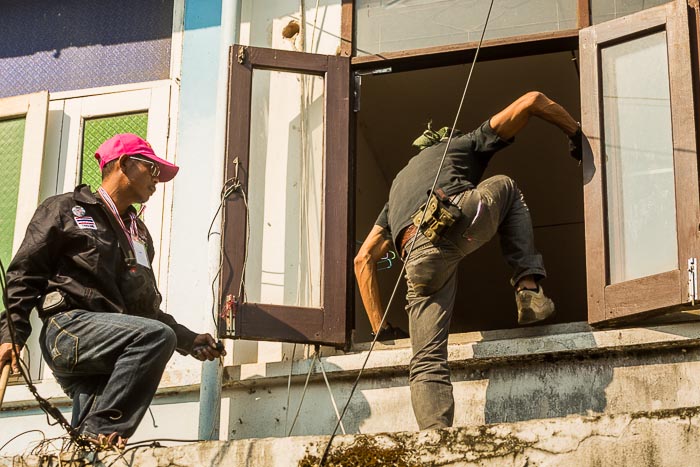 Protestors break into an abandoned building looking for the assailant who threw a grenade at a protest march.

Later in the day someone threw a grenade at Suthep Thaugsuban's march through central Bangkok. The device exploded near a soundtruck and injured dozens of people. One person died from his injuries overnight in the hospital. 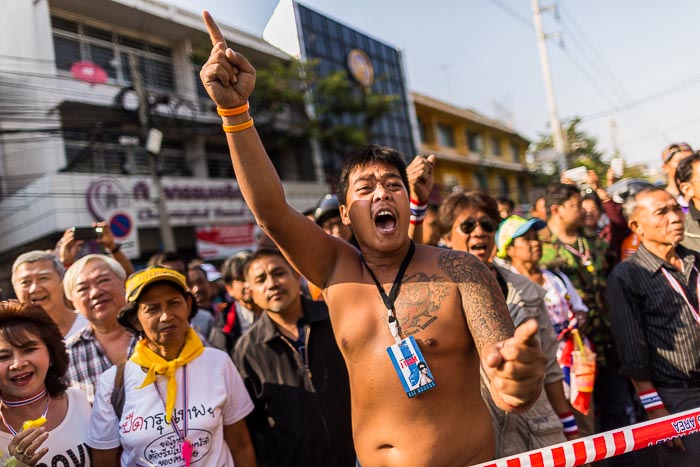 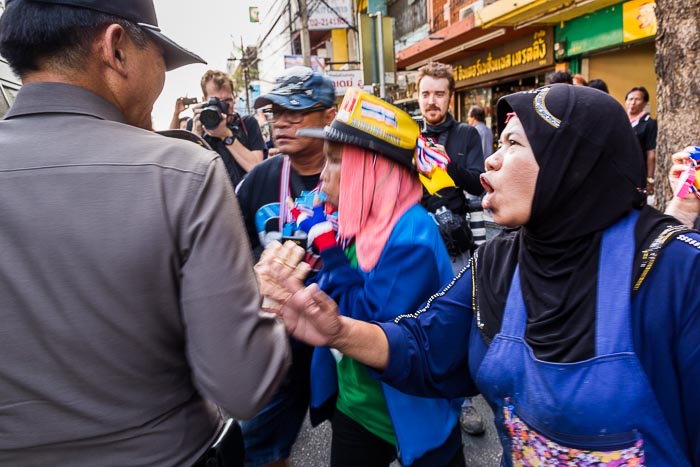 Members of anti-government crowd taunt Thai police who tried to investigate a grenade attack on one of Suthep's marches.

I got to the scene of the grenade attack about an hour after it happened. There was still a large crowd of Suthep's supporters, many armed with clubs and metal bars, searching the surrounding area and police trying to investigate the attack.

When Thai police investigated the grenade attack, members of the anti-government crowd hurled insults at police officers, who are widely thought to support the government, and a few protestors struck out at police or tried to kick the police vehicles.

Later soldiers from the Thai army showed up and the anti-government crowd widely applauded them. The army, which led a coup against Thaksin Shinawatra in 2006, has stayed "neutral" in the current protests and is supported by the protestors.

A mob of Suthep's supporters went door to door among the abandoned buildings where the attack was thought to have originated searching for the assailant. 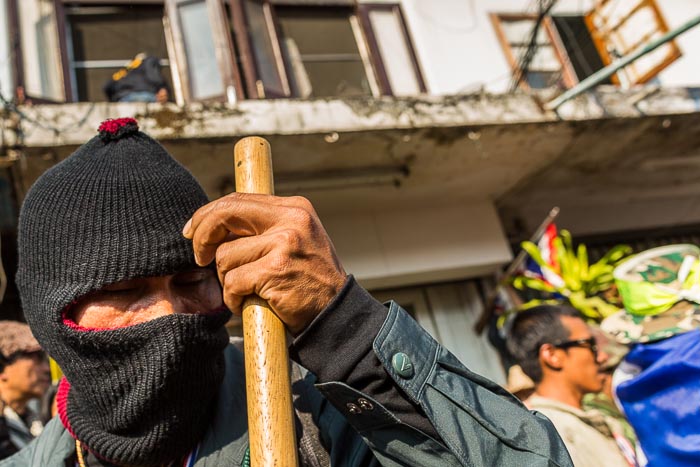 Club wielding members of a mob went door to door looking for the attacker.

It was the ugliest mob scene I've witnessed in Thailand. I have no doubt violence would have broken out if they had found the attacker (or someone they thought was the attacker).

Later they broke into an abandoned business (the area where the attack took place is being demolished for urban redevelopment) and found a weapons cache, which consisted of mostly broken down rifles. Included in the cache was a red tee shirt, all the proof the anti-government crowd needed that this was a Red Shirt attack. 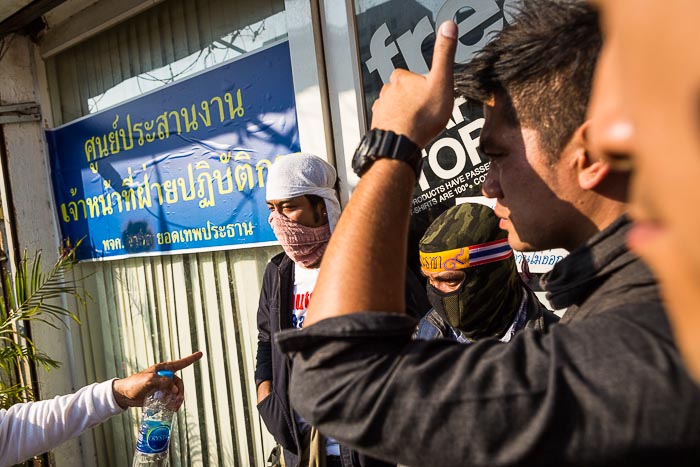 Anti-government security guards block the entrance to the abandoned business where a weapons cache was found. 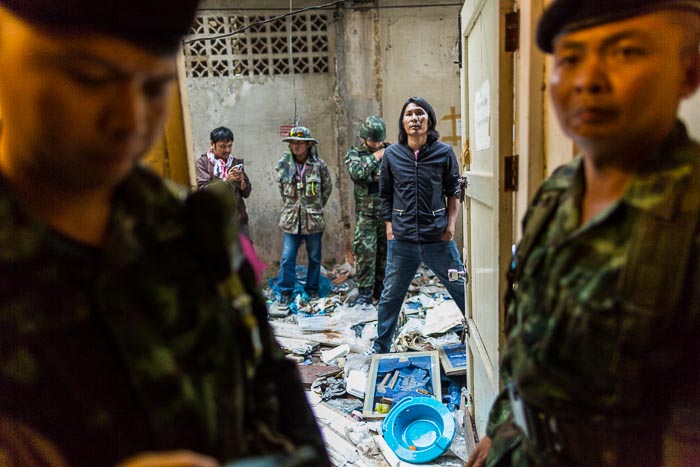 Soldiers secure the inside of the building while anti-government protestors wait to get into the building and search for evidence.

I honestly don't know where we go from here. Suthep is absolutely unbowed. He will continue his protests until he has won or his movement has been crushed. The government response thus far has been very "velvet glove," which, while it hasn't ended the protests, has forestalled violence (compared to 2010 when almost 100 people were killed). It doesn't seem likely that the government will crush the protest. Mix into the equation the army, which is the only institution that has the wherewithal to put down the protest but so far has shown reluctance to get involved (and may ultimately side with protestors) and we're set up for a long season of tit for tat protests and attacks.

Life in Bangkok is never boring.

Finally, most of the photos in my archive are available for editorial use or self fulfillment as prints. If you see something you'd like to use or just hang on the wall, click on the "Add to Cart" button and follow the onscreen prompts.
Posted by Jack at 21:04