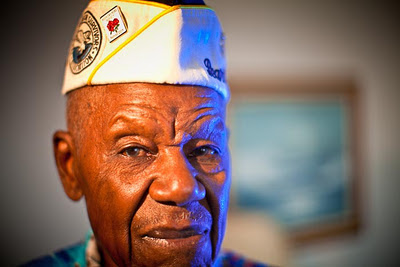 One of the great things about being a photojournalist is the people we get to meet. Yesterday I was assigned to photograph the only living African-American veteran of Pearl Harbor. Nelson Mitchell (above) is 91. He joined the Navy in 1940 and served through the war. Mr. Mitchell was born in a small town in east Texas in 1920. I can't begin to imagine the changes he's witnessed first hand. After the war, he moved to the Phoenix area to join his family, which had moved here during the war.

Last week, I was assigned to photograph five vets of all ages for a Veterans' Day story in the Gilbert section of the Arizona Republic. One of the vets was Peter Curtin (below) a US Marine veteran of World War II. I photographed him at the American Legion Post in downtown Gilbert. 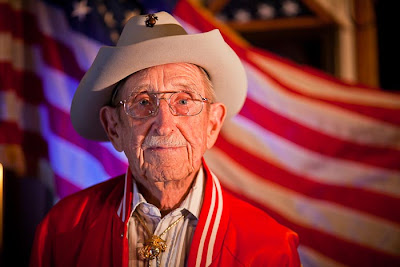 Both men represent the last of America's "Greatest Generation." More than 1,000 of America's World War II veterans are dying every day (according to the Associated Press). The death rate will go down as the number of vets decreases. The youngest WW2 combat veteran is now about 84 (assuming 18 years old and in combat in 1945). The greatest generation could be gone by 2031.