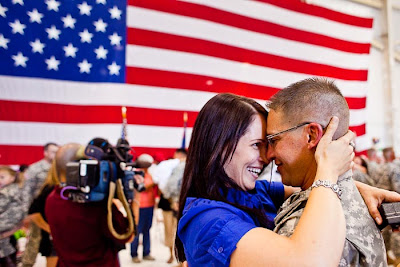 Members of the 3666th Maintenance Company of the Arizona Army National Guard came home to heroes’ welcomes Wednesday afternoon. The soldiers have been serving in Iraq.

Since September 2001, more than 7,000 members of Arizona’s National Guard units have served in support of Operations Nobel Eagle, Enduring Freedom and Iraqi Freedom. While operations in Iraq appear to be winding down, operations in Afghanistan are still ramping up. Some of the soldiers now serving in Afghanistan were in grade school when that war started.
Posted by Jack at 20:24