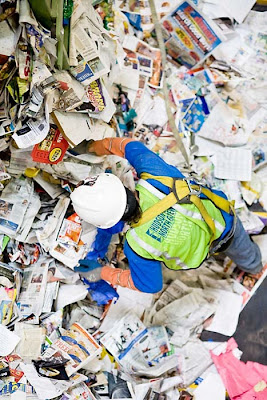 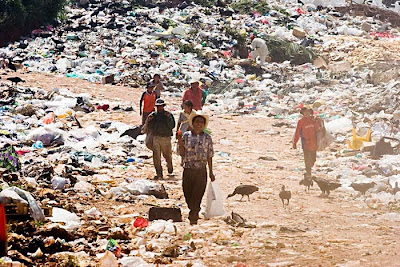 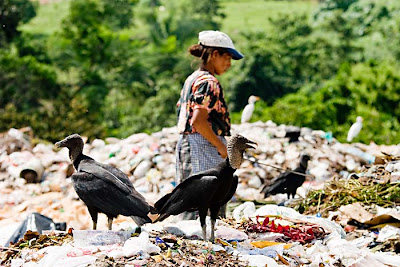 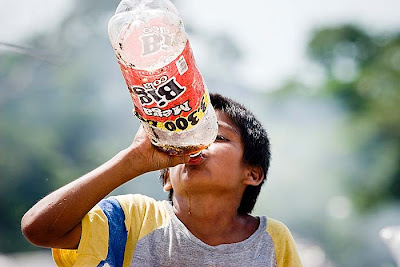 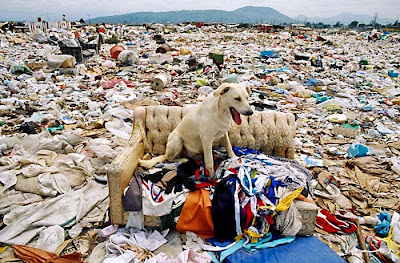 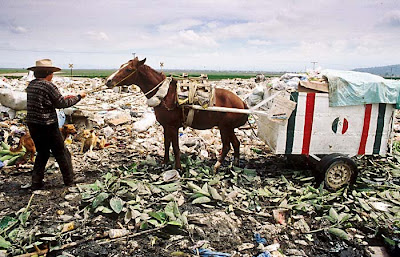 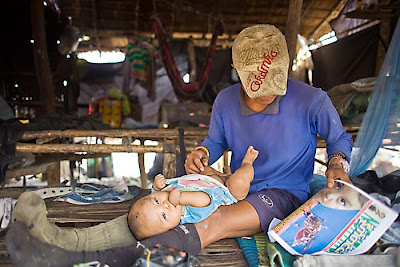 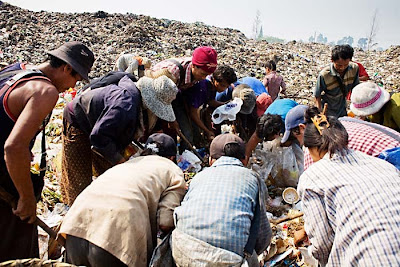 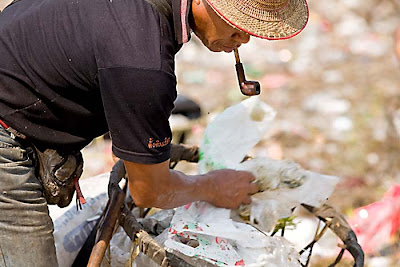 In the US we don’t give much thought to where our stuff goes when we’re done with it. We just throw it away. Some people recycle, putting glass, cardboard, plastics etc into the little blue recycling bins before taking them out to the curb never to be seen again. But even then we don’t think about where it goes further down the garbage stream.

I’ve photographed a lot of recycling operations in my career. Some were formal, like the relatively new Phoenix recycling center (top photo), but most were informal. In every case, whether it’s a formal industrial recycling center like the one in Phoenix or an informal scavenging in a landfill, the work is physically demanding, dirty, smelly and dangerous.

In Phoenix, workers strap in and wear the latest protective gear in an industrial setting. (Photo 1)

In Tapachula, Mexico, near the Guatemalan border, people compete with vultures for the freshest food while mafia like Dons determine who can work in the landfill and what prices are paid for recycled trash. (Photos 2, 3, and 4)


In Mexico City, there’s a vast landfill south of the airport where people live on and off of the garbage, sorting and hauling it out to be sold. (Photos 5 & 6)

But perhaps the most dangerous place to work in a dump is in Mae Sot, Thailand, where undocumented immigrants from Burma, many fleeing political persecution at home, sort through the garbage in oppressive heat. They live, with their children, in thatched lean to’s and sorting has its own set of risks. Live ammunition from the wars in Burma frequently find their into the dump. The week before I was there, a hand grenade went off injuring three workers. (Photos 7, 8, and 9)

In the Phoenix many of the workers are immigrants (documented and undocumented) from  Latin America. That pattern holds in the developing world, where garbage pickers are the poorest of the poor, the very bottom of the social ladder and frequently immigrants from even poorer countries. In Tapachula, they’re from Guatemala. In Mae Sot, they’re from Burma (Myanmar).

I have more photos of recycling in my PhotoShelter archive.